A newly opened waterpark exclusively for women has opened at Dana Bay on the Red Sea coast in southern Saudi Arabia.

Described as the world’s first waterpark exclusively for women, Loopagoon offers 11 waterslides and attractions spanning across 1.5 hectare of beachfront land.

Opened on 1st September, Loopagoon says it was “designed specifically with women in mind” with “women’s locker rooms located near the entrance that include a baby changing station, showers, dressing areas, and towel rentals”.

Loopagoon’s attractions include a massive waterslide tower with a 14-metre-long Tornado ride and two fast Twister slides and a giant Flow Rider.

Surrounding by tall walls for security and privacy, Loopagoon also features multiple restrooms located throughout the park for convenience. In addition, the waterpark is easily accessible to all guests, including those with special needs. 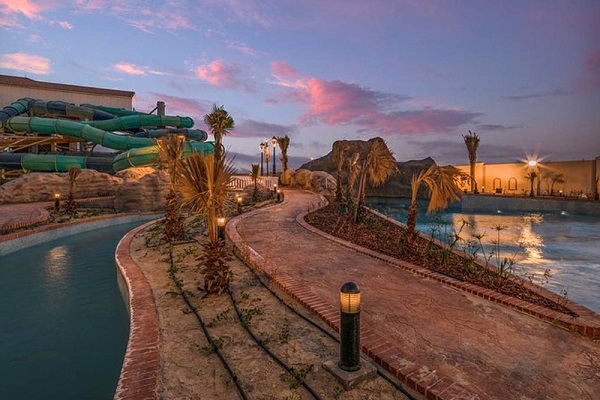 Developed by Dana Bay and Jenan Real Estate, the attraction offers varied shopping and F&B options and as a preferred employer in the region, has a team of up to 120 trained staff members - of whom all front line staff are female.

The park partnered with Prologic First Dubai and Gateway Ticketing Systems for ticketing and operational solutions at the park.

Peter Wolf, Director of Sales and Marketing at Gateway, explains “this is a perfect example of a successful partnership between Gateway Ticketing Systems and Prologic First Dubai, our partner reseller in the region.

“We’re also very proud to be part of opening a historic park such as Loopagoon.”

Gateway Vice President, Amit Sharda added “we are delighted to support this unique concept of the park and believe that fun and learning should be comfortably available to everybody.”

For women with children, boys up to 7 years of age and under 120cm in height are allowed entry.

For more information go to www.loopagoon.com/