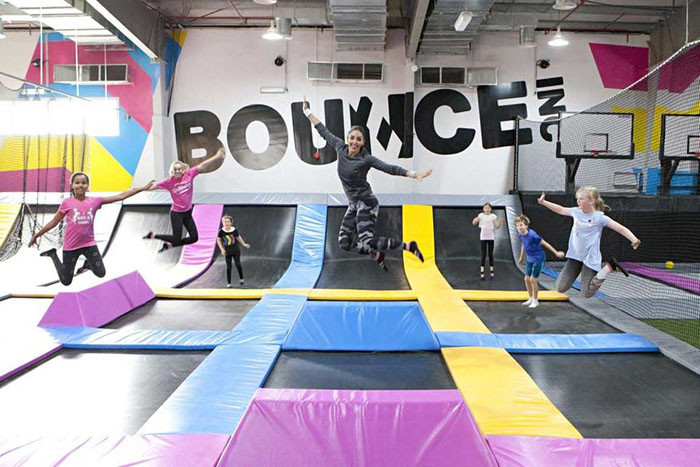 Doran Davies, Chief Executive of Bounce Middle East, said the venue will provide women of all ages and abilities with a unique training ground for many sports as trampoline jumping being a low-impact workout is believed to be one of the most efficient forms of exercise.

Bounce Rawdah for Ladies and Children, which also allows boys under the age of 10, stretches across 3,500 metres2 and is considered to be the largest venue of its type in Riyadh.

The Riyadh branch comes following a successful opening of Bounce in Jeddah.,

“The response we received in Jeddah has been tremendous with thousands of families enjoying this new way to have fun and stay active. Now it’s Riyadh’s turn to experience the awesomeness of Bounce,” said Mashael Attieh, managing partner of Bounce Saudi Arabia.

Bounce Rawdah also features a café and can cater for special occasions like birthday parties, with three private rooms and party packages available.