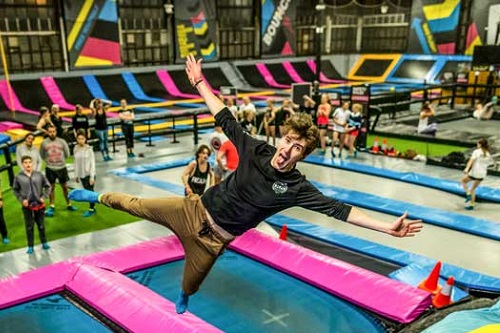 Following rapid growth in the number of commercial trampoline arenas over recent years which, according to one operator, sees Australia with more centres per capita than any other country, the centres are being impacted by rising insurance premiums and in some cases, insurers not wanting the business.

Simon McNamara, co-founder of Bounce, which opened one of Australia's first indoor trampoline centres in Melbourne six years ago, advised that Australia had more trampoline centres per capita than any other country, commenting "I think it's a little bit in our DNA. A lot of us grow up on trampolines and love it as an activity.”

Also commenting on the growth in the sector, Australian Trampoline Park Association (ATPA) Secretary, Chelsea Mannix, said no other business had ever grown this quickly in the history of the Australian leisure industry, telling the ABC "the first trampoline park opened in Australia in 2012, and within two years, there were over 80 parks operating."

Yet the predicament faced by Lynelle Diamond, who runs a mini-golf business on Victoria's Great Ocean Road, seems to be indicative of the current insurance crisis.

Diamond advised "trampolines are so popular (so) what we wanted to do was diversify and put trampolines out the front."

Apparently told by her insurance broker that she would be able to get insurance, Diamond went ahead, got approvals and bought trampoline equipment.

However, when it came time to activate her insurance, Diamond was reportedly told "that the underwriter for trampolines worldwide had walked away."

This was reportedly as a result of claims making trampoline parks too expensive to insure.

The ABC also wrote about Mildura trampoline park operator, Ryan Forsythe, who said the lack of insurance forced him to close his business.

Forsythe told the ABC "the provider that we were dealing with, they wouldn't even renew that policy.

"We just couldn't find anyone that would support the activities that we were providing and were essentially forced to close.

"We really didn't have any other option. We were never going to operate without that insurance available to us."

Industry insiders say the number of trampoline parks has shrunk by about 25% in the last couple of years, with HIB Insurance Brokers Managing Director Michael Alexander saying insurance costs were largely to blame.

Alexander said many amusement, attraction and recreation businesses were struggling with big hikes in insurance costs, but it was trampoline operators that were hit the worst.

He added "whether it be a trampoline park or a single trampoline at a caravan park, trampolines are a no-no for probably 98% of the insurance market."

The rise of commercial trampoline centres has also seen widely reported rises in injuries and while most consist of fractures, sprains and strains, some have involved life changing spinal and head injuries.

Commenting on injuries, McNamara said any injury was unfortunate but that fewer people were hurt at trampoline parks than most people thought.

He advised "in the case of Bounce, it's just over one significant injury per 10,000 jumpers that come through.

"That is a pretty low level of risk for the benefit that they get through the activity that they're doing.

"That's lower than the injury rate per participation for a sport like netball or like football, so that surprises most people."

McNamara said it was worth considering the risks of physical inactivity and childhood obesity, adding "trampolines are a fun, non-contact, non-competitive way to get kids and families exercising."

McNamara said while some trampoline parks had better safety records than others, the insurance industry was hiking costs for all parks.

Bounce's premium costs have increased from about $30,000 per centre to around $100,000 per centre, and the excess charge per claim has risen even more.

Their best option has been to self-insure, but not all operators can afford to do that, especially the smaller ones.

McNamara said an increasing culture of litigation in Australia and a propensity for insurance companies to settle, even when there is no fault, is contributing to the problem.

He told the ABC "the ambulance chasing, no-win, no-fee lawyers then go and get more business, which then creates more claims and that then puts more insurance premiums up.

"People are taking on companies, or insurance companies more specifically, because they know they want to settle and that just creates this vicious cycle."

ATPA's Mannix, said that with a rapid expansion of the industry, a rise in injury claims was inevitable.

She advised "it would be like building 80 new playgrounds; you're going to see a spike in the injuries that happen in playgrounds."

ATPA is working with Standards Australia to develop a universal safety standard for trampoline parks, but it is yet to be published.

In the meantime, the Association has a voluntary code of practice and to be a member, businesses must sign up to it.

However, Mannix advised that so far only a fifth of the country's trampoline parks had joined, stating "it's expensive to make change, to create a really safe environment."

Mannix said once the safest environment possible was in place, children should be allowed to be adventurous and active, concluding "certainly our customers are telling us 'Don't wrap the kids in cotton wool'; there has to be that freedom and fun and there is risk around."