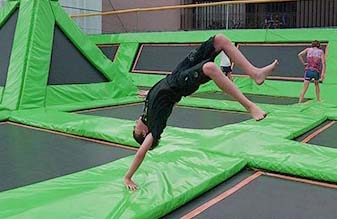 The Flip Out trampoline chain, reportedly fighting a number personal injury lawsuits relating to incidents at its centres, has refused for years to sign up to local industry safety standards, according to a report of Sydney newspaper The Daily Telegraph.

At the end of January, The Daily Telegraph reported that several of the company’s franchises are being sued by customers who have been injured at venues in Australia and the UK.

Facilities generally require customers to sign a legal waiver taking responsibility for any injuries sustained on the equipment.

While an Australian Standard is currently being developed, in 2013 a group of operators established the Australian Trampoline Park Association (ATPA) and voluntarily adopted a code of practice and safety standards.

The code requires all members to have adequate supervision, including staff with first aid certificates, and sets safety standards such as requiring foam pits to be at least 1.5 metre deep with a net or similar underneath the foam.

Flip Out has not been a member of ATPA and is understood to have not complied with its code of practice.

When contacted by The Daily Telegraph, Flip Out Australia owner Steven Stone, who bought the business from founder Brent Grundy three months ago, would not comment of the depth or construction of its foam pits. 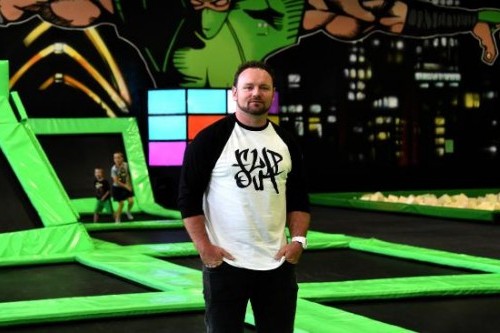 However, Stone said he “absolutely” stood by the safety standards at all Flip Out franchises.

His lawyer Timothy Mak told The Daily Telegraph “this is a multimillion-dollar business - we are not treating this casually or being cavalier on the issue of safety.”

Stone said Flip Out Australia was a member of the Australian Amusement, Leisure and Recreation Association (AALARA) although AALARA has advised that, as of 12th February, this membership has lapsed.

Images: A Flip Out centre (top) and Flip Out founder and former owner Brent Grundy (below).