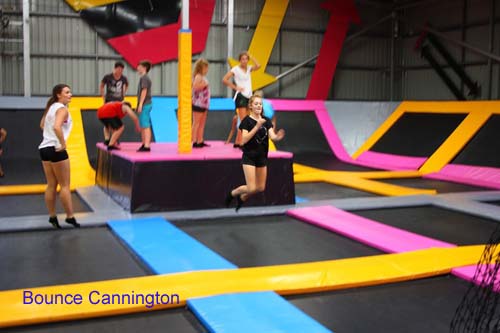 Amid the growth, Australian-owned Bounce has expanded its operations overseas while operators concede that finding appropriate sites is becoming more difficult and competitive.

Market leader FlipOut, with more than 30 centres, turned over $11.7 million in 2013/14 after starting in December 2012 while US-based Sky Zone has built a centre in each of Australia's mainland state capitals as well as Canberra since entering the market just two years ago.

Meanwhile, Bounce, whose seven venues are reported to have turned over $40 million in 2014/15, are looking for investors to help expand the business.

Bounce, co-founded in Melbourne in 2012 by Antony Morell and Simon McNamara, is seeking a master licensee for all existing and future Australian venues, with the exception of those that the company operates in Victoria.

Gaining a domestic master licensee will allow the group to focus international growth – with Bounce having opened its first overseas location in Dubai last year and with a site in Abu Dhabi due to open in October. Bounce also has plans to open in Hong Kong, South Africa, Portugal and Sweden.

Schreiber explained “it is not easy to find these buildings that have got several metres of height, very few columns, parking, and are zoned correctly for recreation.”

Beyond the major operators, single-site trampoline arenas create excitement in communities when they open, with openings creating considerable excitement in local media.

The other side of media interest in trampoline arenas relates to safety, with stories about injuries sustained on trampolines a regular subject in mainstream media – although such reporting seldom differentiate between domestic and commercial settings.