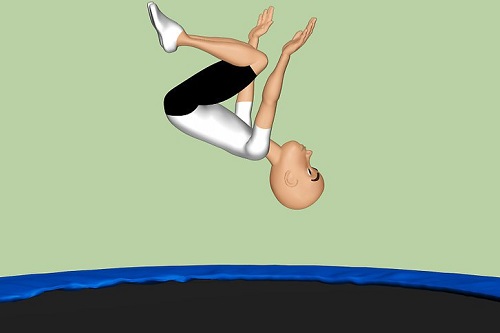 Experts are urgently calling for a mandatory Australian Standard to prevent the rise of serious injuries linked to the booming use of indoor trampoline parks.

The call follows a string of catastrophic spinal injuries, public outcry, legal actions and new figures published today in the Australian and New Zealand Journal of Public Health showing that nearly 500 children presented to hospital emergency departments across three Australian states between 2012-2017 due to injuries at indoor trampoline parks.

Author of the new injury surveillance report, Dr Lisa Sharwood an injury epidemiologist at the University of Sydney explains “attendance at indoor trampoline parks has soared, but unfortunately so has the number of injuries.

“Some of these incidents have caused permanent and lifelong disability and are now resulting in legal actions. Sadly, any changes we can make to prevent future injuries will be too late for many children and teenagers whose lives will never be the same.”

Indoor trampoline parks have risen in popularity since the first venue opened in 2012, with some 80 parks now operating across Australia.

A draft Australian Standard (DR AS 5159.1) is currently under review for release later this year by Standards Australia but will only be voluntary.

Standards set out specifications, procedures and guidelines designed to ensure products, services and systems are safe, reliable and consistent.

Dr Sharwood advised “most injuries at that time involved falling onto or off domestic trampolines, so the 2003 Standard sought to reduce these types of injuries by focusing on frame-padding and labelling.

“Despite this, trampoline injuries increased, due in part to the increasing popularity of trampolines as well as the fall in unit price of products that were predominantly imported.”

Lack of compliance with the 2003 Standard, as well as pressure from Australian manufacturers to curb poor quality products sold into the Australian market, led to its revision in 2006, with the intent that it would be mandated by state-based Offices of Fair Trading.

However, the revision was never actioned and the Standard remains voluntary despite alarmingly high rates of preventable injuries to children.

Dr Sharwood explained “an Australian Standard applicable to indoor trampoline parks would aim to ensure that operators establish and run their venues with public safety as their first and foremost priority.”

Led by a group of leading trampoline arena operators, the Australian Trampoline Park Association (ATPA) has a Code of Practice mandating several safety and regulatory issues. However, ATPA membership is voluntary and only one-third of trampoline park operators are members of the Association.

Recommendations to make these venues safer include ensuring surrounding landing surfaces have adequate, appropriately placed protective padding, which is replaced when damaged or worn.

The foam pits trampoline jumpers land in are the site of most serious injuries yet there are no safety recommendations applying to foam pits. 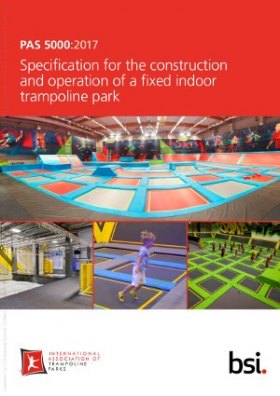 Recommendations for the foam pits include depth and breadth of the pit, type and density of foam used and under-surfacing which absorbs energy and protects the occupant. This could include a second trampoline in the base of the pit to provide this.

Dr Sharwood adds “until we have a mandatory Australian Standards to protect people using indoor trampoline parks, people should be informed of the safety standards of the venue they attend, including whether the venue is a member of the Australian Trampoline Park Association.”

• Nearly 500 children presented to hospital emergency departments in three Australian states between 2012-2017 due to injuries at indoor trampoline parks
• 15% of children presenting to hospital were admitted due the serious nature of their injuries
• The main injury mechanisms involved multiple users on one trampoline, attempting to perform somersaults or flips, or landing awkwardly
• The most predominant injuries were fractures (47%), followed by sprain/strain (32%)
• More than half of all injuries were among 10 to 14-year-olds with boys (58%) more frequently injured than girls
• The most frequently injured body regions were the ankle and foot (33%), followed by the elbow and forearm (15%)
• Spinal (11.5%) and head injuries (9.8%) were also identified

The new research looked at injuries to children and young people in Queensland, Victoria and Western Australia, and added to data from Neuroscience Research Australia, which found in just six months of 2014, 40 children were taken to hospitals in NSW with injuries from indoor trampoline parks.

Main image used for illustrative purposes only. Lower image shows the BSI's PAS 5000:2017, Specification for the construction and operation of a fixed indoor trampoline park - the UK standard for trampoline parks.