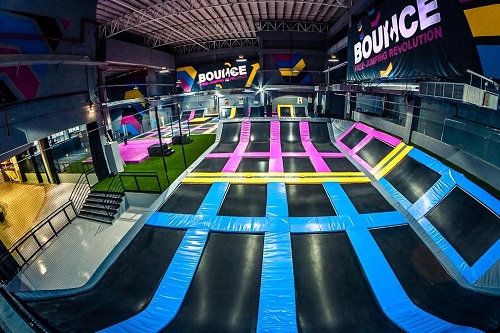 Bounce Middle East has announced that it is to open the world’s first female-only trampoline park in the Saudi Arabian capital of Riydah in the coming months.

The new 3,000 metre² trampoline park will offer wall-to-wall activities for women of all ages with 80 interconnected trampolines, a dodgeball arena, slam dunk set-up, inflatable airbag attraction and an X-Park adventure challenge course similar to the one in Abu Dhabi.

Explaining the opening of a female only facility, Mashael Attieh, Managing Partner of Bounce Saudi Arabia, told media “our first trampoline park in Saudi opened last year in Jeddah and the response has been electrifying. Thousands of families in the city are enjoying this new way to have fun and stay active.

“With the opening of Bounce in Riyadh, we will provide ladies of all ages and abilities with one of the newest and most popular entertainment options in the market, as well as a training ground for all things aerial sports.”

Saudi Arabian authorities have eased restrictions on womens’ activities over the past year, with a number of female-only fitness facilities now operating across the Kingdom.