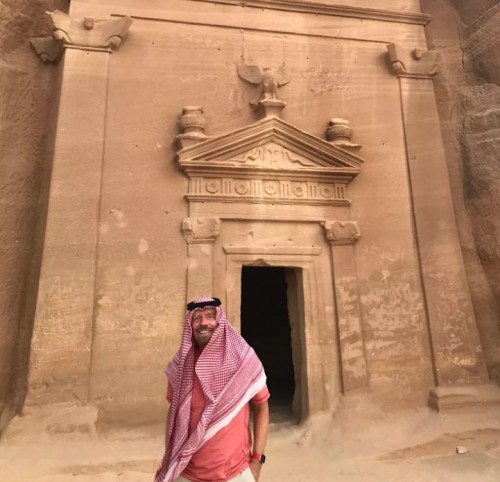 Virgin Group Chairman Sir Richard Branson is to invest in a project that aims to turn 50 Saudi Arabian islands in the Red Sea into luxury tourism destinations.

The announcement followed Sir Richard visiting tombs at Madain Saleh - an UNESCO World Heritage site located near a string of new hotels - in a trip to the Gulf kingdom that appears to be aimed at attracting further international attention, both investment and tourism.

In a statement released by the information ministry, Sir Richard advised “this is an incredibly exciting time in the country's history and I've always felt that there's nothing like getting a firsthand impression.”

Saudi Arabia is one of the most conservative countries in the world, only recently introducing moves to allow women to drive and attend sporting venues.

However, since the appointment of Prince Mohammed bin Salman as successor to his father's throne in June, the oil-rich state has launched a media offensive aimed at promoting the country's image.

Prince Mohammed, who sidelined his cousin Mohammed bin Nayef to be appointed the royal heir, is also the champion of Saudi Arabia's ambitious Vision 2030 economic plan.

The scheme aims to pull the region's biggest economy out of its dependence on oil and diversify the country's economic revenue model.

The project is aimed at attracting international tourists to a country where alcohol is prohibited and the mobility and dress of women restricted.

The Saudi Public Investment Fund, which is headed by Prince Mohammed, will provide the initial investment into the Red Sea project, with construction slated to start in 2019.

The Red Sea project is expected to generate 35,000 jobs, according to the Saudi Government.

Image: Branson visited the tombs at Madain Saleh during his trip to Saudi Arabia. Courtesy of Virgin.com