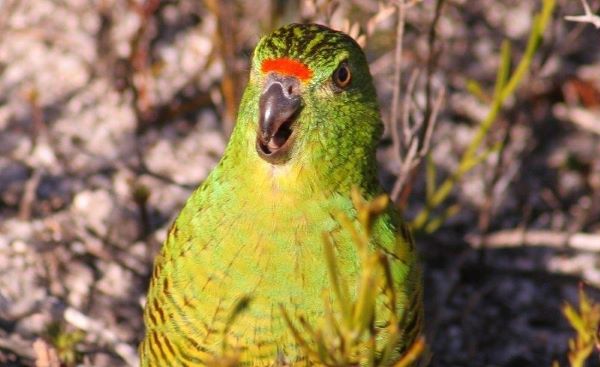 The protection of  animals such as the critically endangered western ground parrot are among the priority Western Australian Government projects being supported by the Federal Government's initial $50 million wildlife and habitat recovery package.

Many threatened and endemic fauna and flora species in Western Australia have suffered significantly from bushfires. The western ground parrot, which numbers less than 150 birds in the wild has been ranked on a national provisional list as the top priority bird for urgent management intervention to avoid extinction

The Federal Government's Wildlife and Threatened Species Bushfire Recovery Expert Panel has worked with the Western Australian Government to confirm key recovery priorities with the Commonwealth delivering $1 million in initial financial support for:

Western Australian Environment Minister Stephen Dawson noted "the last remaining population of western ground parrots is known to occur in Cape Arid National Park and the adjacent Nuytsland Nature Reserve on the south coast of Western Australia, which have been significantly impacted by fires.

"It's important we protect Western Australia's most vulnerable species, like the western ground parrot, and we appreciate the support of the Australian Government in our efforts to safeguard their future."

The Department of Agriculture, Water and the Environment has published a provisional list of 113 animal species as the highest priorities for action to support recovery from the 2019–20 bushfires.