Wavegarden looks to future delivery of surf parks around the world 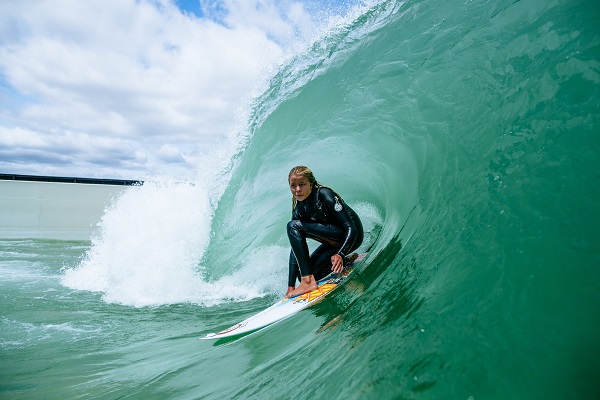 Following the opening of its URBNSURF Melbourne in January 2020, Wavegarden is planning to open four commercial surfing facilities in 2020/21 with more than 30 other projects financially contracted and in development across five continents.

The announcement of the four new projects - at a site next to Incheon International Airport in South Korea, at Valais, Switzerland and two locations in Brazil - coincides with today's reopening of URBNSURF Melbourne, closed since March due to Victoria's Coronavirus lockdown.

Amid a period when enterprises are subject to numerous new pressures, Wavegarden founder and Chief Executive Josema Odriozola is positive about the future, stating “in spite of everything, our team is working hard to continually improve the performance of our systems and we remain excited and confident about the future.”

Since its opening in January this year, Wavegarden advise that URBNSURF Melbourne received 65,000 visitors, collectively catching a total of 3.6 million rides. On any given day of the week, some of the world's top pros, passionate amateurs and complete newcomers to the sport, were seen riding waves just minutes away from Melbourne’s airport.

Odriozola highlights that a full scale facility, like URBNSURF, can host over 80 surfers simultaneously, with each surfer catching between 10-15 waves per session.

In February, top Australian professional surfer Owen Wright surfed URBNSURF Melbourne for almost five successive hours, commenting afterwards "it's the ultimate training facility. My surfing started to improve after just five rides. I was able to perform four to five turns on each wave, which really helped me fine-tune my technique. It would take me months in the ocean to achieve what I picked up from surfing in one day in the Wavegarden Cove".

For experienced surfers like Wright, the Wavegarden Cove concept delivers a variety of long open-faced turn waves and fast peeling barrels. The waves can range from 50cm to nearly two meters high, and break right and left depending on which side of the central pier you are on - a facet that allows surfers to hone both their forehand and backhand skills. However, for intermediates, the machinery can be dialled down with the push of a button to produce softer waves with less power.

Odriozola explained "we can create an infinite variety of waves. The user-friendly software is highly flexible and allows the operators to customise the waves according to the level of surfers in the water. Surfing is one of the most exciting sports, however, the amount of fun depends upon providing the right waves for each surfer.

"At Wavegarden, we know how to develop surfers from day one.”

And, now an Olympic sport, surfing is positioned to grow exponentially at an unparalleled rate across the world. National teams that have access to a Wavegarden Cove shall have a distinct advantage.

Wright adds "any country that is serious about taking home a medal must have a training facility like URBNSURF. "Finally, we have the ability to improve our performance, similar to other sports such as football or rugby.”

Odriozola went on to say "in recent years, we have mastered all aspects of our technology, including an innovative water treatment system, and expanded our business development services to provide clients with a seamless experience from project concept through to opening and beyond.

"Today, we can even go one step further by providing expert assistance across all aspects of commercial operations,

“We’ve had an exciting start to the business with strong session occupancy since opening in January.

“The quality of the wave and capacity in the lagoon has delivered an amazing experience for our members and guests, which is key for the viability of the park. It’s a special feeling to watch surfers come out of the water with smiles on their faces every time. We can’t wait to get onto our next project.”

“There are a range of characteristics that make the patented Wavegarden Cove technology categorically superior to other wave generating systems popping up in the fast growing sector of man-made surf parks. First and foremost, the technology is proven to work. Years of meticulous testing and refinement at the demo centre, which to date, has created almost 5 million waves, has ensured that commercial lagoons around the planet run seamlessly.”

Additionally, economic and environmental sustainability are leading factors. The mechanical system employed by the Wavegarden Cove consumes less than 1Khw per wave - very little energy is lost in the transmission of forces and even part of the energy is recovered and reused. Comparability studies reveal that Wavegarden’s technology uses 10 times less energy than other pneumatic wave generation systems in the market today. Based on average electricity prices, this can amount to savings in excess of 1 million euros per year.

Wavegarden's noise free wave-generating technology can generate between 300-1000 waves per hour depending on the wave setting and operational requirements. The machinery is capable of running in non-stop mode or can produce sets of waves of almost any desired quantity. This high frequency of waves ensures there´s plenty of quality waves for everyone without the need to compete with fellow surfers.

The size of a standard Wavegarden Cove commercial facility measures two hectares, although the footprint is fully customisable for all types of projects including stand-alone projects, mixed use schemes, surf resorts, private residential developments, hotels and commercial centres.

The machinery is modular and the length of waves depends on the number of modules installed. A standard size facility like URBNSURF Melbourne has 46 modules and offers rides around 16 seconds long, comparable to some of the best surf spots in the world. The new facility being constructed in Siheung, South Korea - and scheduled to open in September 2020 - will have 56 modules.

Large scale facilities are ideal if the space is available. However, it is also possible to create high quality waves with less modules. THE WAVE Bristol has 40 modules and delivers world class waves. The Wavegarden Cove demo centre has 28 modules and has been widely acclaimed by elite professionals. 22 of the world's top 35 competitive surfers have used the Spanish test site as a training centre for the European leg of the World Surfing League event circuit, including current World Champion, Italo Ferreiro.

To keep the water clear and hygienically safe, each Wavegarden Cove is supplied with its own state-of-the-art water treatment system. Developed in-house, the system is based on a series of sustainable treatments including fine filtration, ozone and UV disinfection, and low chemical chlorination.

Wavegarden´s business development team comprises the most experienced leaders in the surf park, tourism and leisure industry and deliver the most comprehensive and in-depth information - including guidance on site selection, financial viability and permitting - all necessary for establishing a viable project.

As a new modern centre for aquatic sports, the Wavegarden Cove delivers a wide array of positive health and social community benefits while also creating employment, attracting tourism and increasing the value of nearby real estate.