URBNSURF Melbourne to open in January 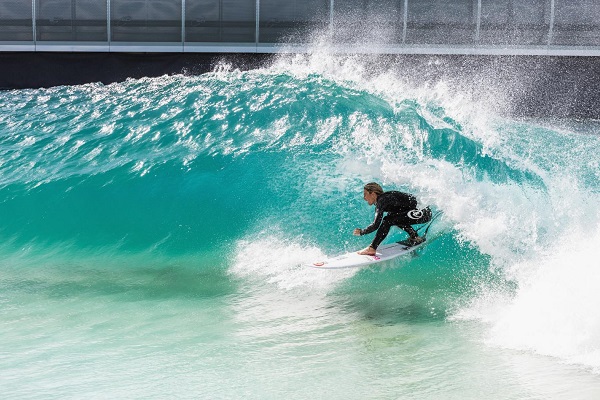 With the first waves currently being tested at the near complete facility, the much anticipated URBNSURF Melbourne has revealed that it will open to the public in January.

A post from URBNSURF Melbourne on LinkedIn advises "over the past few weeks, we’ve been dialling up our wave menu with Wavegarden, with 18 wave types being put through their paces – including The Beast, an intense, slabbing, sidewinding barrel that also offers sections for turns and airs.

"In early November we welcomed some of Australia’s best surfers, and icons of Victorian surfing, to catch (more than) a few with us in Tullamarine."

Located on a two-hectare site close to Melbourne’s Tullamarine Airport, Australia’s first commercial inland surf park is testing its Wavegarden technology that, when running at its full potential, will power up to 1000 waves per hour.

Generated within an 85-metre pier that runs down the centre of the lagoon, a series of pistons located on the pier then push the water to the left, then to the right, to create the waves.

URBNSURF founder Andrew Ross Ross likens the movement to "moving your hand back and forward like a shark's tail".

Key to the commercial viability of the $30 million attraction is the waves being powered by renewable energy.

The project is powered in part by solar panels installed throughout the site and the rest of the costs associated with running the generator will come from a renewable energy provider.

The facility has also been built using sustainable materials with 18,000 ton of recycled concrete used in the construction.

For more information, go to URBNSURF.com.