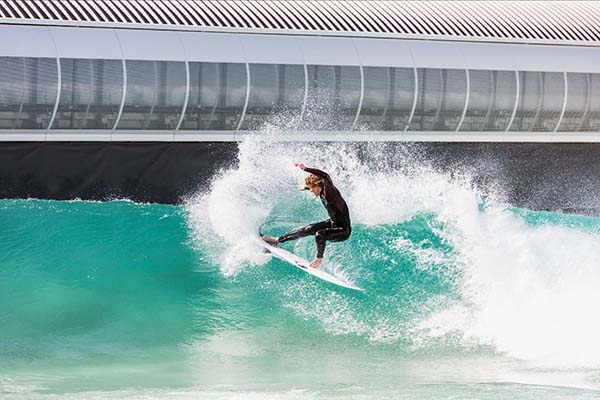 Surfing Victoria have announced that the first wave pool surfing event in Australia will be the Melbourne Pool Party presented by URBNSURF this coming 15th March.

Surfing Victoria and URBNSURF will be bringing together the top Victorian surfers for the first ever competition showcasing Australia’s first surf park and the depth of Victorian surfing.

Featuring DJ’s, Food Trucks, Expression Sessions and over $3,000 in prizes, the 2020 Melbourne Pool Party will re-define surfing competitions in the new decade.

Surfing Victoria Chief Executive, Adam Robertson enthused “being able to host the first ever wave pool event in Australia alongside the URBNSURF team is amazing.

“We will be inviting 48 of Victoria’s top surfers, and with this new format we can hopefully create a fun and entertaining day of surfing!”

The format will mimic a competitive snowboarding event, with a leader board throughout the day, and surfers periodically being eliminated from the event.

There will also be longboard and bodyboard elements to the event, with riders invited based off Victorian State Rankings. 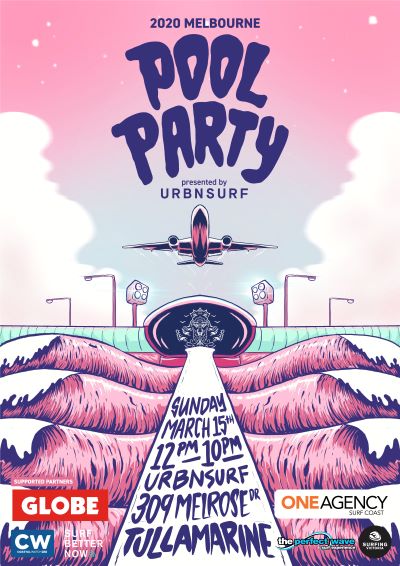 URBNSURF’s Founder and Director, Andrew Ross added “we’re stoked to be working closely with Surfing Victoria to host Australia’s first wave pool surfing event at URBNSURF Melbourne, with the best shortboarders, longboarders and bodyboarders in the State battling it out for the title.

“We’re proud to support Victorian surfing, and the team at Surfing Victoria. Together with our technology partner Wavegarden, we have developed an innovative competition format that we’re excited to unveil on March 15th.”

Further information will be announced closer to the event.