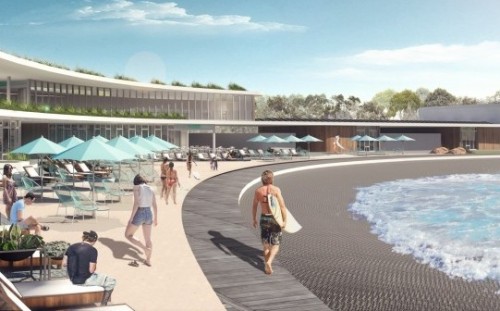 A proposal to develop Australia’s third surf park - URBNSURF Perth - came one step closer to fruition at last night’s Melville City Council meeting, with Councillors voting in favour of a resolution to commence negotiations with Wave Park Group to conclude a ground lease over a portion of Tompkins Park for the development and operation of a surf sports recreation and leisure facility.

The proposal - to redevelop a 4.4 hectare site located at Tompkins Park, Alfred Cove into a world-class surfing destination – was hard fought for by Wave Park Group with a lengthy consultation phase and a series of public meetings.

Welcoming the decision, Wave Park Group Executive Chairman, Andrew Ross stated “this is a huge win for the residents of the City of Melville and the broader Perth community.

“We would like to sincerely thank the many thousands of supporters of ours for the belief and resolve they have demonstrated over the past eight months.

“Tompkins Park is one of about 30 sites in Perth we have examined over the past four years, and no other location suits the development as well as this one. Aside from being correctly zoned and the largest and most highly used active sports reserve in the City of Melville, the site also ticks a wide variety of boxes in terms of transport connectivity, suitable ground conditions, and access to power and water.”

The proposal met with opposition from a local resident group, who waged a campaign against the development, which reportedly led to a threat of legal action against the Melville Council.

Despite this, Wave Park Group is now focused on finalising a lease agreement for the site and commencing detailed technical studies, engineering, and design work required to support the preparation of a development application for URBNSURF Perth. 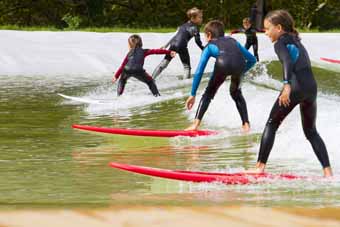 Ross added “we are looking forward to starting the next phase of study work and consultation on the project which will see us engage with a number of State regulatory bodies, together with local community groups and residents who will be assisting us with input into certain aspects of the design of the facility.

“We believe URBNSURF Perth will represent a transformational opportunity for the City of Melville and Perth.”

Located just 9 kilometres south of the Perth CBD, and situated on the banks of the Swan River in Alfred Cove, the proposed site is situated at Tompkins Park, a 22 hectare sports and recreation precinct that currently caters to multiple field sports. Tompkins Park is the largest and most heavily utilised sports area in the City of Melville, and has operated continuously as a sport and recreation hub for over 50 years.

Ross concluded “surfing is enjoyed by millions of Australians for its excitement, lifestyle and recognised health benefits, and is second only to AFL in terms of national sports participation – so it seems fitting that Tompkins Park, a hugely popular regional sporting hub could now include a surf sports facility.

“And while Perth is blessed with a number of idyllic beaches, the quality and frequency of surf in Perth is widely acknowledged as being poor, with overcrowding in the line-up an ever increasing issue.

“By adding ‘blue space’ to the existing green space of Tompkins Park, we are looking to solve the surfer’s problem and to create an amazing environment for people to learn to surf.”

Expected to inject more than $250 million in gross economic contribution to the Perth region over the project life, the development of URBNSURF Perth will generate over 300 jobs during the construction phase, and another 45 full time positions will be created in the surf park and additional facilities.

URBNSURF developments were also announced in 2016 at Melbourne Airport and Sydney Olympic Park.