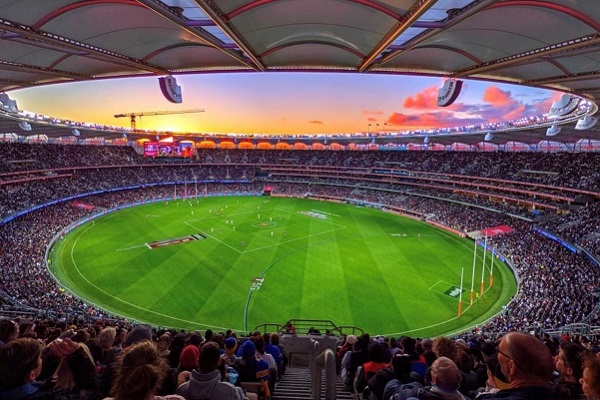 Having sold the tickets for Optus Stadium’s sell out AFL Grand Final last weekend, Ticketmaster has shared its experience of helping the League deliver its successful finals series.

With the 2021 AFL season interrupted by lockdowns around the country as it entered its final weeks, Ticketmaster not only worked alongside Perth’s Optus Stadium but also Brisbane’s The Gabba and Launceston’s UTAS Stadium.

As well as being the first all-Melbourne Grand Final in more than a decade, the history-making clash between Western Bulldogs and Melbourne also marked the first time the AFL Grand Final has ever been played in Western Australia.

Following 2020’s first-ever night Grand Final at the Gabba, Ticketmaster worked alongside the AFL throughout the 2021 AFL Finals Series, utilising its innovative suite of technologies and products to ensure event-day success at stadiums around the country.

Across the 2021 Finals Series, the Gabba, UTAS Stadium and Optus Stadium each hosted capacity crowds, culminating in the sold-out Grand Final to end the season.

The AFL utilised a host of innovative Ticketmaster technology to ensure the successful rollout of the 2021 Grand Final - from ensuring a smooth ticket buying process for fans to guaranteeing quick and easy entry on event day.

The Grand Final utilised Ticketmaster’s SmartQueue technology to help ensure fans had a transparent and stable ticket purchasing experience. After fans join the Waiting Room, SmartQueue automatically queues all sessions just prior to onsale and then ensures that consumers flow through the transaction process in numbers that allow the system to maintain stability and speed.

During the Grand Final’s General Public onsale, Ticketmaster’s online queue peaked at 180,000 fans - five times bigger than the 2020 Grand Final and the highest number for an Australian or New Zealand event this year.

A behind the scenes look with Ticketmaster on AFL Grand Final day.

The Grand Final also utilised Ticketmaster’s digital ticketing - with every fan issued with a digital ticket. This also allowed more than 40% of fans to utilise TicketForward, ensuring tickets were shared amongst fans safely and securely before the game.

Digital ticketing is just one part of Ticketmaster’s suite of technologies that have been utilised at events across 2020-21 to capture the names and details of every fan that entered Optus Stadium to meet COVID safe regulations.

Commenting on the process, AFL Executive General Manager Customer and Commercial, Kylie Rogers advised “the interest for the 2021 Toyota AFL Grand Final in Perth was unprecedented. The fans in WA whole heartedly welcomed the AFL and welcomed the event.

“The demand for tickets was extraordinary and our partnership with both Ticketmaster and the stadium allowed us to deliver the best possible experience for fans attending a very successful 2021 Toyota AFL Grand Final event.”

Gavin Taylor, Managing Director of Ticketmaster Australia added “we were proud to partner with the AFL and Optus Stadium to deliver a successful AFL Grand Final.

“Our ticketing technology and dedicated team allowed us to effectively manage the huge demand and to ensure it was a smooth process for those lucky enough to purchase tickets, right through to entry on the day. What a great celebration for the AFL Grand Final with over 61,000 attending Perth’s Optus Stadium for a world class, unforgettable event and one we are very proud to be part of.”