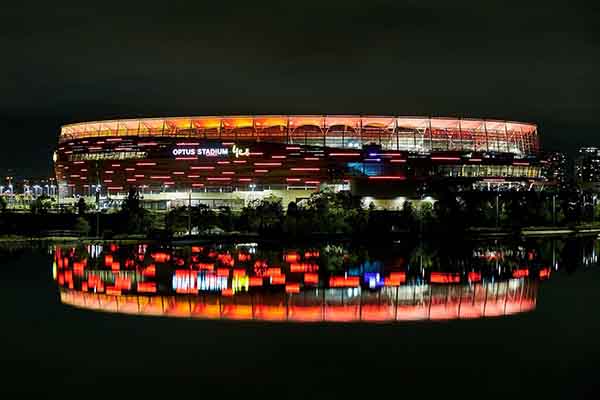 Monash University experts have commented on the decision by the AFL to play the 2021 Grand Final in Perth for the first time in the game’s history after the MCG was ruled out of hosting the showpiece game on Saturday 25th September due to the ongoing COVID-19 lockdown in Victoria.

Dr Ross Booth, Senior Lecturer in the Department of Economics, Monash Business School notes“this is the best decision in the circumstances. What we have learnt from the past two seasons is how much better football is when it is played in front of a big crowd, whether being at the ground, or watching on television.

“Many WA and SA supporters have argued that it is unfair that the MCG always hosts the AFL Grand Final because it penalises non-Victorian teams. This year, with Optus Stadium in Perth as host, in the absence of West Coast and Fremantle, there will be no advantage to any of the teams still in the finals race, but there would have been if the Adelaide Oval were chosen and Port Adelaide made the grand final.

“In addition, choosing the ground with the next biggest capacity after the MCG  in order to maximise attendance and AFL revenue from finals, is a no-brainer! Moreover, Perth Stadium in its short history has proven to have a great atmosphere, which is something all fans have reason to be excited about.”

Professor Robert Brooks, Professor of Econometrics and Business Statistics, Monash Business School added “what attracts viewers is the quality of contest, the ability to see star players and the atmosphere generated by a crowd so in that context playing at a venue with a crowd is a positive to the game as a spectacle and also for the viewing audience.”

Optus Stadium has been confirmed as the host of the 2021 Toyota AFL Grand Final.

We're incredibly honoured and excited to be custodians of Australia’s biggest sporting event. A once-in-a-lifetime chance for WA @AFL fans to experience Grand Final action in their own backyard. pic.twitter.com/xvnhXkpVZM

Dr Tom Heenan, Lecturer, Sport and Australian Studies in the Monash Intercultural Lab, Faculty of Arts commented “the Western Australians have been rewarded this year, with COVID-free, restriction-free Perth getting the rights to the AFL Grand Final after the snub in 2020.

"You can understand why Optus Stadium was a preferred choice - Perth hasn't had a locally acquired case for some time now and as such, can have a large crowd at the stadium, contributing to that grand final atmosphere and experience.

“For Melbourne, and the Andrews Government, it's another in a long line of ego-sapping crunchings this year; the world's self-proclaimed sports capital is still a COVID-19 hotspot a year on, bordered off from the rest of Australia and missing out on hosting the grand final for a second year in a row. The government will be hoping the vaccine rollout doesn't falter so the Boxing Day test and Australian Open can go ahead. Time will only tell if the spring racing carnival will be crowdless.

“The pandemic has had a sustained impact on local sport and turned Melbourne into a ghost-city with white-elephant stadia. The pandemic-induced rationalisation of Melbourne's sports economy, and the gutting of some of Australia's major sporting organisations, raises questions about how will the city and sport recover, and are Melbourne's days as a global sports hub over?

“Though the grand final will return - hopefully in 2022 - Melbourne's long-term losses are other Australian capital cities' gains."