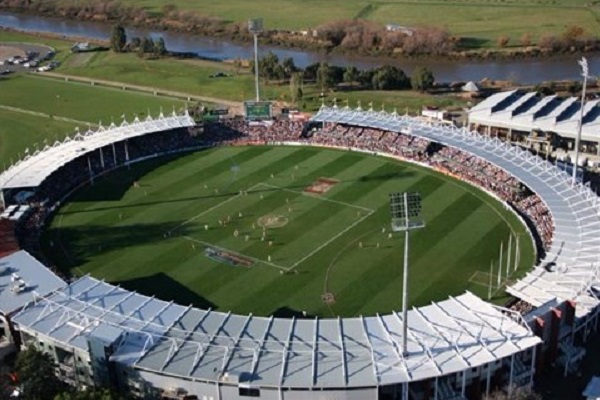 In an historic move for Tasmanian sport, Launceston’s UTAS Stadium is set to host two AFL elimination finals in the first week of the final series.

Welcoming the fixtures, to be played this weekend, Tasmanian Premier Peter Gutwein stated “this is the first time finals will be played in Tasmania and is a massive coup for our football-loving state."

Both fixtures will be played at UTAS stadium, with Premier Gutwein advising that the venue “has been chosen as the venue for both finals based on a range of logistical matters enabling the ground to be set up once for both matches including broadcast and COVID safety provisions”.

Following strong crowd numbers for AFL matches in the state throughout the 2021 season, including the sell-out Hawthorn versus Essendon match in June, Premier Gutwein went on to say “both finals are great opportunities for Tasmanians to show the AFL how serious we are about having a team of our own.

“The finals will be in addition to the 12 regular-season games that have been played in Tasmania this year, making it a record number of matches played in the state over the course of an AFL season.

“The finals will also present a great opportunity for local businesses in Launceston to benefit from the increase in trade as people get out and about before and after the games.

“Tasmania has demonstrated on multiple occasions that it can host AFL matches in a COVID-safe way, and these elimination finals will proceed under strict COVID-safe conditions, with important safeguards in place including capped crowds and masks to be worn.”