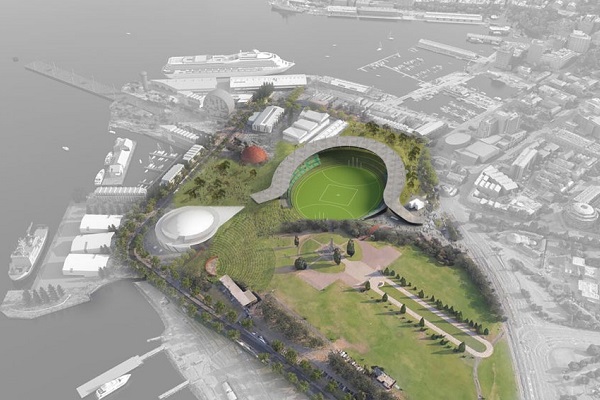 Backing moves for a Tasmanian-based AFL club, plans have been revealed for a 27,000-seat stadium in Hobart.

Part of an effort to attract top sporting codes to the state of Tasmania, the ‘Tas Park’ masterplan has been developed by architect, and Hobart Brewing Company co-owner, Don Gallagher. The $500 million stadium complex is proposed for a largely vacant Macquarie Point waterfront site would also include a hotel, convention centre, restaurants and cafes.

Tas Park is designed to strengthen Tasmania’s bid for a stand-alone AFL team, an A-League football club and an NRL rugby league team while providing the city with a future hub for public transport infrastructure and year-round hotel accommodation.

Introdcuing the concept, Gallagher told The Australian newspaper that his plan has received support from figures in AFL, political and invest­ment circles, adding that initial contact has been made with the state government. 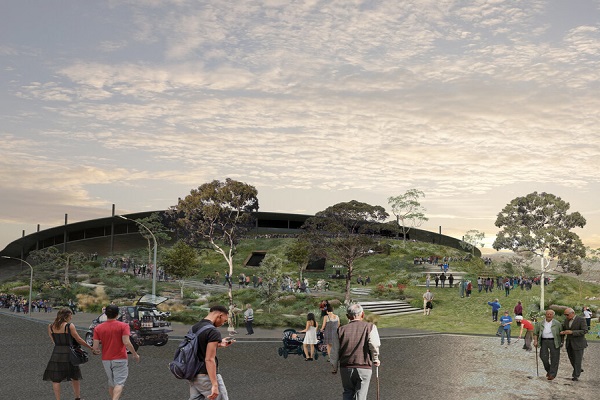 A stadium at the Macquarie Point site as been cited by Tasmania’s AFL Taskforce, led by Virgin Australia co-founder Brett Godfrey, as potentially key in landing an AFL franchise. It is also said to be supported by some cricket officials keen to replicate the success of the Adelaide Oval's city centre location.

Advising that his design would also address concerns over the development of a large walled, traditional stadium at the site, Gallagher explained “traditional stadiums are like a walled fortress, whereas this concept is very flowing - it buries the buildings and creates a par.

“It’s landscape architecture more than built form. All vistas to the Cenotaph are kept.”

Gallagher stated the addition of a 181-room hotel and convention centre, inspired by the Hilton Garden Inn development at Emirates Old Trafford stadium in Manchester, England, would help fund much of the project, reducing the need for public expenditure. He added this part of the project has already garnered interest from investors keen to meet Hobart’s demand for tourist accommodation, noting “we’ve set up a list of firms and consultants that have all agreed to come on board." 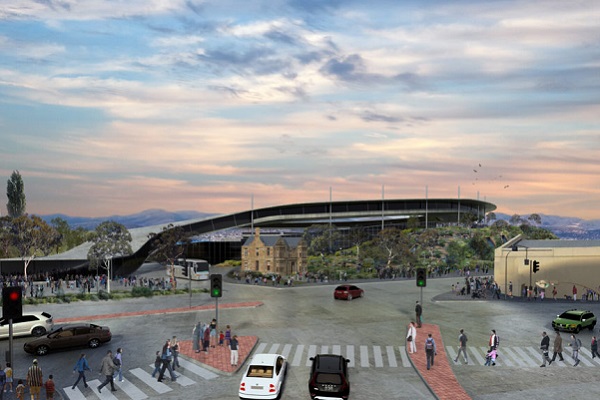 Gallagher said he is keen to help secure an AFL team for Tasmania, adding that his vision would see Hobart ensure it won’t repeat the “mistakes” of Melbourne’s Docklands precinct, commenting “Docklands stadium is a fortress, a traditional-style stadium removed from the landscape and shut off all the time.

“Tassie deserves something unique and different. It would be a tragedy if this unique site was turned into a soulless place.”

A Tasmanian Government spokeswoman told The Australian that the concept of a multi-code stadium “has merit” but it was still an “early stage concept”, while development at Macquarie Point would be driven by the existing masterplan.

Hobart's Macquarie Point has previously been suggested as the site of a new public park.