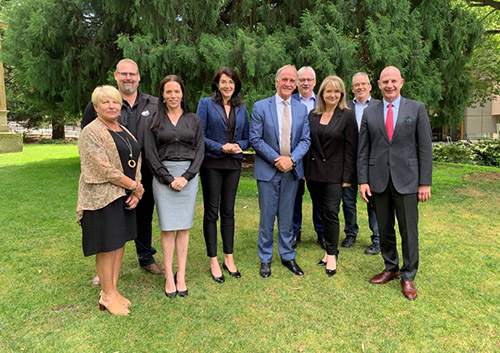 The Tasmanian Government has established the Football Tasmania Board intending for the Board to be the voice for AFL in the state, working to unite and strengthen the game.

The aim of the Board is to represent the interests of all footballers and supporters in the State and will comprise representatives from the three regional leagues, the junior leagues, the Tasmanian State League, AFL Tasmania, umpires associations, as well as the regional associations.

The Board will work towards two primary goals: to grow grassroots football state-wide and to forge a pathway to a Tasmanian AFL and ALFW team.

The Advocate reported NWFL president Andrew Richardson as saying that he is hopeful  the establishment of the new Football Tasmania Board will provide the North-West Coast a better level of service from the state's governing body.

Richardson said while the board's objective is to discuss all matters relating to football in Tasmania, he wants to ensure the game continues to be better resourced in the North-West.

"We just don't want to be forgotten, and the representation we have on this board should prevent that from happening," he told The Advocate.

"There are different challenges for each region and it is good now we can all communicate those around the same table.The Board won't be addressing the day-to-day running of the various leagues, it's more how we can grow the game at grass-roots level and look at the possibility of an AFL team from Tasmania."

Trisha Squires, Chief Executive, AFL Tasmania is confident of the Board’s potential to achieve many positive outcomes through uniting and growing Tasmanian football.

After consulting with the working group, the Government has appointed Jim Wilkinson MLC, as the Board’s first independent Executive Chair. Wilkinson will assume the role in June following his retirement from the Legislative Council in coming months and the board will be fully operational on the 1st of July this year.

In coming months, there will be a transitional period during which the Government will work with Wilkinson and the Board members elect to appoint an AFL Project Team, to develop the business case for a Tasmanian license.

The project team will report to the State Government and the Football Tasmania Board.

Image: Members of the new Football Tasmania Board.