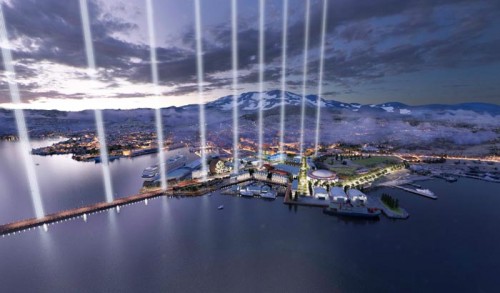 The Tasmanian Government plans to use funds from the sale of Elizabeth Street Pier to assist with the renewal of the Macquarie Point precinct to underpin and unlock the potential of hundreds of millions of dollars of investment flowing into a site which will become the cultural heart of Hobart.

With Tasmania’s tourism and property industries booming, the State Government plans to take advantage of this growth.

The Tasmanian Government has formed the view that it is no longer appropriate to own the Elizabeth Street Pier and that the proceeds of its sale will be better utilised to underpin investment in other public assets that will benefit all Tasmanians.

The Tasmanian Government owns approximately 91% of the Elizabeth Street Pier which includes 56 serviced apartments, a conference centre, as well as other hospitality venues. The site, which is in the middle of Hobart, is not core business for the Tasmanian Government. The wharf area and apron will remain in public ownership.

The proceeds from the sale of the Pier will assist with the decommissioning of the Waste Water Treatment Plant at Macquarie Point as well as commencing the process to transform Macquarie Point into an Arts and Cultural Precinct in line with the MONA vision.

Listening to feedback from the community and key stakeholders, in late 2016 the Tasmanian Government engaged with the Mona team to realise a new vision for the site.

The Tasmanian Government put forward the bold reset vision for Macquarie Point, which fulfilled the brief to maximise public spaces and cement the project as a national landmark. The reset was overwhelmingly embraced by the wider Tasmanian community and stakeholders. 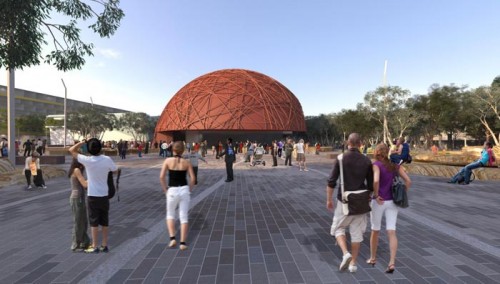 The vision encourages cultural and public spaces to sit alongside land uses which could include a conference centre, hotels, retail and an Antarctic and Science Precinct.

Importantly, the redevelopment of Macquarie Point will benefit all Tasmanians, with over half of the site earmarked for public space and arts and cultural events.

This investment, along with other projects that will be realised from the Hobart City Deal, has the ability to transform not only this 9.3 hectare site, but all of Greater Hobart.

It is vitally important that the new Masterplan, which draws upon the MONA vision, be adopted and provide a landing pad for future investment opportunities that may arise for Macquarie Point.

According to MONA, its vision for the reconciliation park recognises the Tasmanian Government’s ‘Resetting the Relationship’ commitment, which aims to engage “the diversity and creativity of Tasmanian Aboriginal people from across the state.”

MONA’s vision for Macquarie Point also creates the potential to bring together Indigenous arts and culture from around the world.

Images show plans for the transformation of the industrial site of Macquarie Point on Hobart’s waterfront.