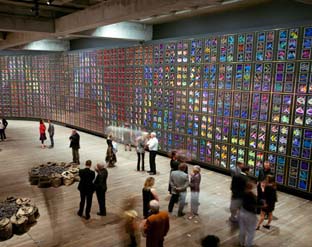 Tourism leaders in Tasmania are calling on the Tasmanian Government to increase spending on tourism to leverage growing international recogniction.

Global tourism review website TripAdvisor has recently listed Hobart in its top 10 'destinations on the rise' following Lonley Planet having named the city as one of the top 10 cities in the world for 2013 in October. (The Tasmanian capital was the only place in Australia to make the list, coming in seventh place.)

Tourism Industry Council of Tasmania Chief Executive Luke Martin said the Tasmanian Government needed to be convinced that dipping into a tough budget to pay for marketing would pay for itself and more.

Martin told The Hobart Mercury "research conducted last year showed spending as little as $4 million on marketing could result in up to $60 million coming back to the state through increased tourism.

"The attention we are now receiving is being driven by MONA (Museum of Old and New Art). It is now up to the rest of the tourism industry and the State Government to turn that attention into a reality of more interstate and international tourists.

"We have the product and the air and sea access. We now need to get the message out."

Martin said private investors such as David Walsh, who has backed the Museum of New and Old Art (MONA), would continue to invest in tourism if matched by the Tasmanian Government, adding "the renaissance which MONA has started has provided incredible exposure and now opportunities but that opportunity cannot be missed because of budget constraints."

The opening of MONA in 2011 is credited with focussing global attention on Tasmania.

Tourism Tasmania Chief Executive Tony Mayell added "Hobart has flown under the radar for a while, so it's pleasing to see the city finally getting the recognition it deserves."