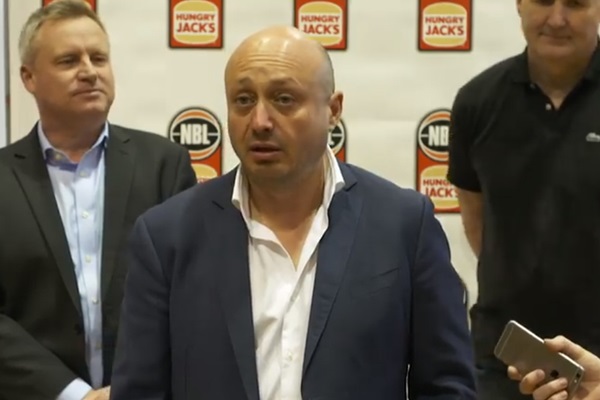 With the National Basketball League (NBL) continuing to assess the viability of a 10th NBL team based in Tasmania, the league’s owner and Executive Chairman, Larry Kestelman, has been named as the leader of a newly formed NBL Tasmania Advisory Board.

The Advisory Board is comprised of prominent business and sporting leaders from both the north and south of Tasmania and has been formed ahead of next month’s NBL Blitz event in the island state.

Explaining the progress toward the 10th NBL team, Kestelman advised "we want to make basketball the number one sport in Tasmania.

“To do that we need to call on the knowledge and expertise of people in Tasmania so we can create a sustainable model for the sport.

“The NBL is a national league and we would like Tasmania to be represented in it with hopefully the issuing of a licence for a 10th team.

“We want it to have a strong Tasmanian DNA from day one and that’s why we need input from leaders of their fields in Tasmania.

“There is still a lot of work to be done but with the support of the people of Tasmania and our advisory board we are confident we can build something all Tasmanians will be proud of.”

Kestelman added that the Advisory Board has the potential to be expanded to include other prominent sporting and business figures.

Thie initial board members are:

The NBL Blitz will be staged across Tasmania from 19th to 22nd September and include games at Ulverstone, Devonport, Launceston, Kingston and Hobart.