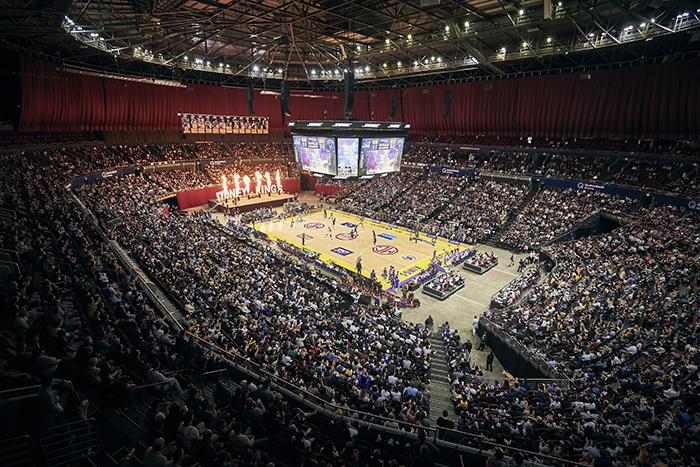 Registered its most successful ever season in history - both on and off the court - NBL Chief Executive Jeremy Loeliger stated “this has been one of the biggest and best seasons we’ve seen in the NBL since it was formed in 1979.

“Scoring is up but so are the number of close games and it’s little wonder the NBL is now considered one of the best basketball leagues, if not the best, outside of the NBA.”

From the arrival of Andrew Bogut at the Sydney Kings at the start of the season, the first round of action for the 2018/19 eason drew in the highest attendance for an opening round of a season, surpassing the previous record set in 1995.

A total of 48,820 fans watched Round 1 in person, led by the more than 12,000 fans who attended the Perth Wildcats’ home opener at Perth's RAC Arena.

The Sydney Kings came in with the second highest attendance of the round with 10,761; the franchise’s third highest home crowd on record.

Welcoming the Kings contribution to the competition, NBL Owner and Executive Chairman, Larry Kestelman recently explained “our biggest goal for this year was all about Sydney, that was the one market we really needed to have some movement in.

"To see crowds 32% up, relief is a great word to describe it. We are very, very happy and all other markets are stronger as we have grown so much in the last three years, we have more than doubled attendance, so we knew they would be harder to move significantly.”

With the league to welcome the South East Melbourne Phoenix as its ninth team next season, Kestelman is keen to continue growing the competition across Australia, flagging Tasmania as the strongest contender.

Speaking on SEN’s Whateley program, Kestelman advised “I know they love their basketball down there.

“We have spoken to them and it is definitely in the mix but I think we need to have a conversation with the government about it.

“I think Tasmania, purely stand alone, might be a little bit challenging but I think a combination of real NBL support, local business support, fans and government, I think it is worth seriously considering it.”

• A record 15 overtime periods - breaking the previous record of 11 set last season
• 58 games decided by single digit margins - over half of total games played
• Only the second time in NBL history that three teams have tied on wins at the top of the ladder
• An average of 90.4 points per game - the highest since 2009
• An average winning margin of 10.75 points - the lowest in NBL history.

Image of the Sydney Kings at Qudos Bank Arena courtesy of The P.A. People.