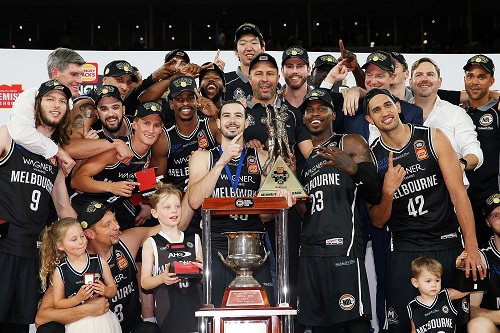 Currently sitting second on the 2018/19 National Basketball League (NBL) ladder, Melbourne United have announced a new board of directors.

Since rebranding in 2014, the club has enjoyed a huge amount of success both on and off the court, culminating in the 2017/18 NBL Championship.

The Club’s membership numbers and business metrics are at an all-time high and coupled with the recently announced move to the Melbourne Sports and Aquatic Centre, Melbourne United are remaining consistent with their pursuit to becoming a leading-edge sport brand.

The diverse group of individuals in the new ownership structure will now focus on furthering the Club’s success and driving its values forward.

This weekend sees the Club take on the Sydney Kings in front of what is expected to be a sold-out Melbourne Arena.

2nd May 2013 - Basketball Australia and NBL to explore de-merger