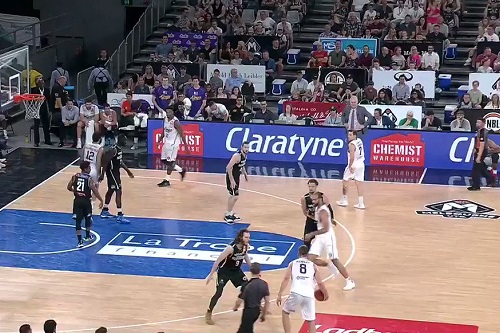 The National Basketball League (NBL) has renewed its long-serving partnerships with sponsors Chemist Warehouse and Europcar while also agreeing a broadcast deal with ESPN for the upcoming NBLxNBA series.

Chemist Warehouse has renewed its sponsorship deal with the league until 2020 and will continue to be the NBL’s exclusive pharmacy partner for the 2018/2019 and 2019/2020 seasons.

Announcing the partnerships, NBL Owner and Executive Chairman Larry Kestman advised “Chemist Warehouse is a very successful business and our partnership will continue to be instrumental in building the NBL’s brand across Australia.”

Europcar Australia and New Zealand will become the official partner for NBL Referees in the 2018/19 season, with all games to feature Europcar referees wearing distinctive Europcar green shirts.

Europcar and the NBL will provide weekly content that will feature the Head of the NBL Referees, Scott Butler, explaining any contentious decisions from the previous rounds to the fans.

NBL Chief Executive Jeremy Loeliger advised “Europcar is a great supporter of the NBL and we welcome their commitment to become an official partner of our referees who are such an important part of our sport.

“With its strong presence throughout Australia and New Zealand, Europcar will also help us to communicate to local audiences, which is critical to attracting new fans to our great game.”

The NBL’s partnership with ESPN will see six out of the seven NBLxNBA series games starting this Saturday, broadcasted live on the network.

Kestelman added “we’re delighted fans will be able to watch these games on ESPN.

“The increased number of games symbolises the continued strength of the NBL-NBA partnership and the growth of our league in Australia and New Zealand.”

The NBLxNBA series begins this Saturday while the 2018/19 NBL season tips off on 11th October.