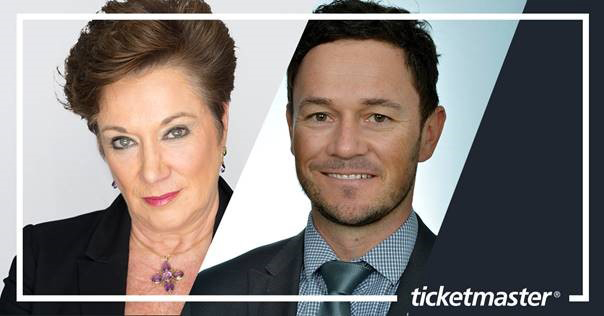 As part of Ticketmaster’s growth and expansion across Australia and New Zealand, the Live Nation Entertainment company, has today announced a series of leadership changes and executive appointments.

O’Connor joined Ticketmaster in 1983 when the company operated as BASS under the Victorian Government. Over more than three decades at the company, O’Connor has been instrumental in many milestones and has played an integral part in shaping the ticketing industry in the region. In her role as Chairman, O’Connor will continue responsibility for her long-term industry relationships and look for opportunities to grow Ticketmaster’s business in the region.

Global Ticketmaster President, Mark Yovich notes “under the leadership of Maria O’Connor, Ticketmaster Australia and New Zealand has thrived and become the region’s leading ticketing company. O’Connor’s extensive knowledge and understanding of the ticketing and live event industries will continue to be an invaluable asset to our senior leadership team."

Serving as Chief Executive of the WAFC since 2016 and prior to this as General Manager at Perth Stadium Management, Taylor has extensive experience in live entertainment, events and ticketing that spans 15 years. Through his career, Taylor has proven success in company transition phases, major industry reforms and has recently been managing the impact of the pandemic on football in WA.

Yovich adds “Gavin is a welcome addition to the Ticketmaster family - his impressive track record of success will undoubtedly have a great impact on our business. At such a crucial time for us, Gavin’s knowledge and experience will help guide our teams on the road back to live, while remaining focused on Ticketmaster’s growth and leadership within the industry.”

Taylor enthused “I’m very excited to be joining Ticketmaster, a company I have worked closely with throughout my career and one I genuinely believe in – both the product and the people. In this role, I’ll be focused on supporting the business and the wider live entertainment industry in Australia as we forge the path to reopening. Ticketmaster will play such an important part in reconnecting venues and artists with their loyal fans, and I look forward to playing a part in supporting and delivering these fan experiences.”

Taylor will be finishing in his role as Chief Executive at the WAFC on the 12th November 2020, prior to moving to Melbourne in early January to commence in the role.

This appointment signals a number of additional senior executive promotions within the business.

Jim Kotsonis, who has been with the company since 2001 and served as Finance and Operations Director will move to the newly created position of Executive Vice President of Ticketmaster Australia and New Zealand.

Harley Evans, who joined the business in 2019, continues as Managing Director of Moshtix Australia and New Zealand servicing the General Admission sector. Taylor, Pule and Evans will all report into Kotsonis in the new structure.

Susie Kyrou, formally of ad-tech giant Rokt, has been appointed to the new role of General Manager of Data and Insights at Ticketmaster Australia and New Zealand. Kyrou will be responsible for the rollout of Ticketmaster’s local data and insights division.

Moshtix, which was acquired by Ticketmaster in February 2019, has thrived under the leadership of Harley Evans who remains as Moshtix Managing Director. Today, Moshtix is pleased to announce the appointment of Anjelica Devoe, formerly of All Blacks Tours and Ticketmaster, to the position of Head of Business Development to drive operations in New Zealand, based in Auckland.

Image above of Maria O’Connor and Gavin Taylor.