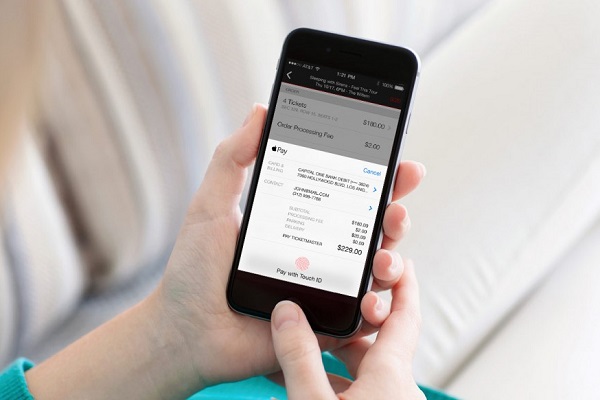 Ticketmaster is gearing up to integrate Apple Pay into its website and ticketing app later this year, according to Apple Chief Executive Tim Cook.

Apple Pay is also reportedly still looking to expand throughout sporting venues, with American football league the NFL planning a rollout in time for the 2019 season.

Ticketmaster’s parent company Live Nation has also advised of a 17% revenue increase to US$1.7 billion to its concerts and sponsorship segments’ record first quarters.

The live entertainment giant’s financial results for the three months to 31st March show a strong start to 2019 with adjusted operating income (AOI) hitting US$115 million, its highest first-quarter figure ever.

Concert fan attendances were up 22%, with tickets sold for 2019 reaching over 49 million, a rise of five% through mid-April.

This led to concert revenue increasing 27%, operating loss improving by seven%, and the firm delivered its first positive AOI first quarter in our concerts business.

Ticketmaster delivered its fourth highest transacted fee-bearing gross transaction value (GTV) quarter ever, trailing only first quarter 2018 and fourth quarter in both 2017 and 2018.

Commenting on the results, Live Nation President Michael Rapino stated “all of our key indicators speak to continued strong consumer demand for our concerts – our attendance growth in the first quarter, acceptance of market pricing, and solid sales for upcoming shows.

“With the combination of this near-term view plus concert ticket sales for the year, sponsorship commitments, and the continued success of the Ticketmaster platform, we expect that Live Nation will deliver double-digit operating income and AOI growth for the full year.”