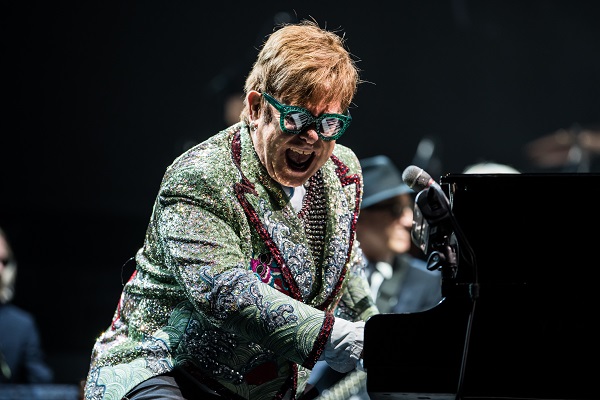 North Queensland Stadium’s first ever ticket has been sold, with tickets to Elton John’s Farewell Yellow Brick Road concert being snapped up since going on presale this morning.

In huge news for Townsville, Elton John will be the first to perform at the new 25,000 seat stadium when he arrives at the venue on Saturday 29th February 2020.

A lucky Townsville resident, Lyndsey Goriss was first in line, making history when she purchased the first tickets to the venue during the Telstra presale.

Goriss advised “I set my alarm for just before midday, I had that in about a week before and I had the link ready to go.

“As a young kid growing up, we always had Elton in the background, with the radio and 'Don’t Let The Sun Go Down On Me' and 'Candle in the Wind' are definitely my two favourites.

“I’m really, really excited, and I just hope this is the start of many more big names to come to Townsville,” she says.

Ticketmaster Australia Managing Director Maria O’Connor says demand for the show had been strong, advising "demand for Elton John’s farewell tour around the country has been huge, and it’s fantastic that North Queensland residents now also have the chance to see the international superstar, at their own stadium.

“We are honoured to be part of the North Queensland Stadium story and we are especially excited to be connecting the people of Townsville to the events they love,” O’Connor says.

North Queensland Stadium Manager Glenn Arboit says the show would be the first of many for the stadium, concluding "we look forward to giving a very warm North Queensland welcome to Sir Elton John and the opportunity to showcase the venue to other potential performers.

“Elton has played some of the world’s most iconic venues, and it’s an incredible honour to have him at our brand new stadium as the first ever act, and hopefully this is a sign of great things to come."