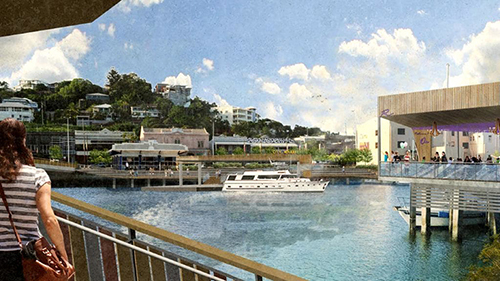 Queensland Premier Annastacia Palaszczuk said the project will result in new commercial, residential, hospitality and retail investment in Townsville’s CBD, advising "the new Townsville Waterfront Promenade will link the CBD to the North Queensland Stadium, which is due for completion in time for the 2020 NRL season.

“Creating pathways that tie together the exciting new cultural and entertainment precincts with the stadium will ensure these investments in the city are maximised.”

It will consist of 745 metres of pathways and 69 metres of mangrove boardwalks, while Little Fletcher Bridge will be converted to a pedestrian bridge, with significant landscaping throughout.

On game days once the North Queensland Stadium opens, over 2500 pedestrians are expected to access the venue via the bridge after using park-and-ride facilities at Central and at Flinders Street.