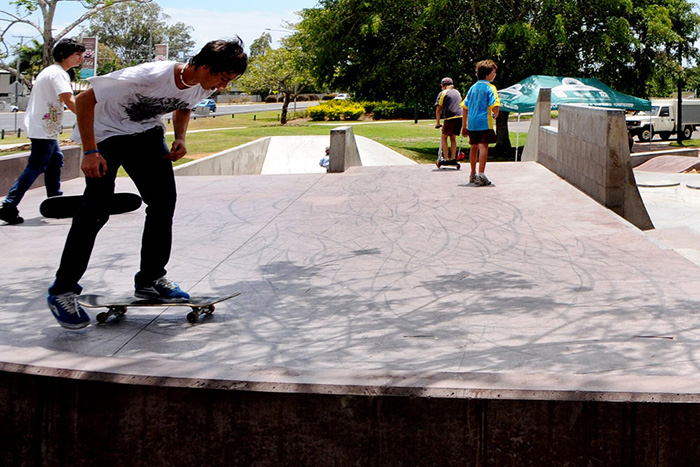 Better sports and recreation facilities will be available for young people in the Townsville community in the lead up to Christmas.

Stewart said the youth hub not only offered a terrific place where young people could engage in active recreation with friends, it was also part of wider program supporting jobs.

Stewart said the Queensland Government was keeping its election commitments.

“One year ago, we said we would continue to support councils and local communities with Works For Queensland and that’s what we’re doing,” he said.

“We will continue to support regional communities like Townsville.”

“It has multi-sport courts for basketball, cricket, football and netball, it also has a DJ mixing table, skate boarding facilities and even a parkour area and a wall for legal street-art.

“I congratulate the Townsville Council for this innovative project.”

“This was one of the commitments I gave before the election to build a skatepark and youth hub in the Northern Suburbs,” Mayor Hill said.

“My team of Councillors is totally committed to building first-class infrastructure right throughout our suburbs and I think this is going to be very popular with local families.

“The Northern Beaches has been one of the fastest growing areas in Townsville and Council is committed to investing in building better communities for local families.”