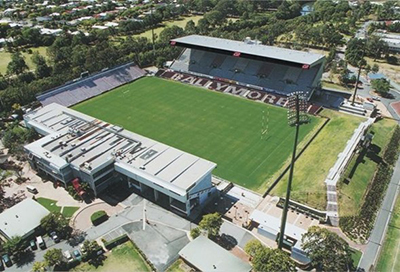 Ballymore Stadium, the historic home of Queensland rugby union, should be demolished while a process to find a naming rights partner for historic Brisbane cricket ground the Gabba is set to commence, following today’s release of the Stadiums Queensland Taskforce Final Report.

Commissioned by the Queensland Government earlier this year, the independent taskforce was formed to evaluate the operating and commercial principles of the nine venues managed and operated by the Stadiums Queensland agency.

With the taskforce having commenced its work in April, the Queensland Government sacked the Stadium’s Queensland board in the middle of the year, indicating that considerable changes to the state’s venue operations were imminent.

The report recommends Ballymore not be developed as major sports venue, that grandstands be removed from former Commonwealth Games venue the Queensland Sport and Athletics Stadium QSAC) at Nathan. It also notes a new western grandstand may be required at Suncorp Stadium in the next five to 10 years.

While the Reds Super Rugby franchise moved to Suncorp Stadium in 2006, the Queensland Rugby Union (QRU) had previously submitted a proposal for a 24,000-seat stadium, because maintenance costs are running at an annual loss of $1.5 million.

“(It has) limited road access to the site, close proximity to the residential neighbourhood and no access to scheduled high-frequency and multi-modal public transport. The Ballymore venue is more aligned to being a training, club participation and administrative hub for rugby and compatible sports as opposed to being a location for a major stadium.”

The QRU has also outlined a proposal to redevelop Ballymore  into a national training centre and the home of the Australian women’s national team. It stated the Taskforce’s findings tied in with its preference for the venue, with a QRU spokesman telling the Brisbane Times newspaper “we are pleased that the report has acknowledged the issues around Ballymore and we look forward to talking to the state government about its future.”

At the Gabba, an expression of interest for naming rights at the venue is anticipated for release by early 2019. In July, the Queensland Government announced that the Brisbane Cricket Ground would continue to be known by its nickname, the Gabba, should any naming-rights deal be struck for the venue. 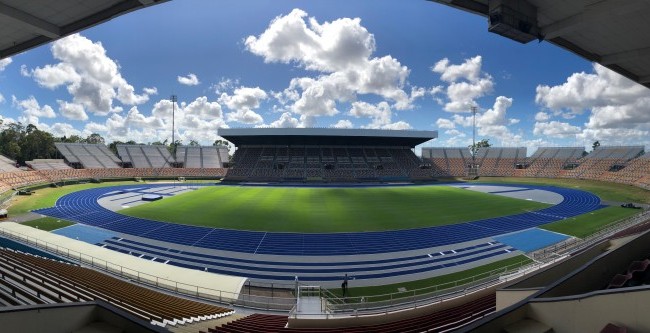 In relation to QSAC and its spectators facilities, the Report advised “the number of major events that use all stands in the main stadium at the Queensland Sport and Athletics Centre are reducing over time as a result of better options being available at Suncorp Stadium and the expanding of the Gabba for one-off major events.

“The temporary aluminium grandstands at either end of the main stadium were built for the 1982 Commonwealth Games. The cost of maintaining these stands is inconsistent with the amount of use they receive for one-off major events.”

The report also quashes hopes that a new outdoor sporting venue would be built in Brisbane to cater for events that would not justify the use of the 52,500-seat Suncorp Stadium.

Commenting on this, Queensland Minister for Sport Minister Mick de Brenni said the report confirms that the state has enough stadiums to support the existing sporting landscape, as well as potential future events.

Minister de Brenni advised “it’s important these venues are operated effectively and efficiently for the benefit of all stakeholders, including, hirers, clubs and sporting codes.

Commenting on the need to improve the fan experience at the venues, he added “the Stadiums Taskforce Report is an opportunity for Stadiums Queensland to reset and re-focus and I have been advised by the Chair that the organisation is working to enhance its fan experience division and devote dedicated resources and roles to achieve this.”

Minister de Brenni said that the report is another step in delivering a whole of precinct redevelopment of Woolloongabba in partnership with Cross River Rail and Queensland’s first ever build-to-rent scheme development, adding “Cross River Rail will deliver new and exciting opportunities for the Gabba and will unlock the potential to reinvent the stadium to improve fan experience and keep its place as an internationally renowned venue.

“The Stadium Taskforce Report backs this in and the government is already working on the recommendations relating to naming rights and management rights.” 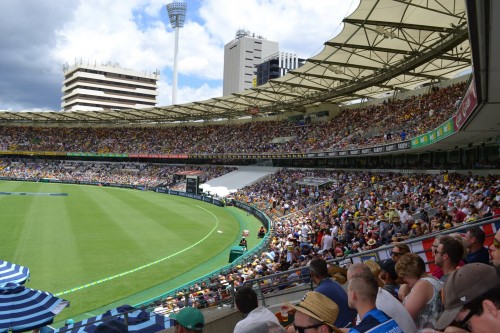 John Lee, who headed the Taskforce, added “Queensland has stadiums in regional areas and faces different challenges to other states which have their main stadium infrastructure in their capital cities. The main focus for the foreseeable future should be on maintaining and upgrading Queensland’s existing stadiums to ensure hirers and the fans get the very best experience.

The Taskforce Report builds on the earlier recommendations that:

• A $3.10 transport cap has been implemented for the 2018/19 A-League season and 2018/19 cricket season at the Gabba and Metricon Stadium
• AFL’s annual contributions to the Metricon Stadium sinking fund have been reduced
• Cbus Super Stadium traffic management plan will be completed by the start of the 2019 NRL season
• Translink will provide the delivery of bus services for Gold Coast stadiums by early 2019
• An EOI for naming rights at the Gabba is anticipated for release by early 2019
• Progress on assessing the cost effectiveness of co-sourcing of the Gabba’s venue management is well underway

The Government will consider the in-depth and comprehensive report and will meet its commitment to respond as part of its first 10-year Sport and Active Recreation Strategy due in 2019, which will chart a course for the future of sport and active recreation in Queensland.

Stadiums Queensland manages, operates and promotes the use of nine major Queensland facilities, including the Gabba and Cbus Super Stadium on the Gold Coast.

The portfolio is valued at $1.8 billion.

Images: Brisbane's Ballymore (top), QSAC (middle) and The Gabba (below) are the focus of recommendations in the Stadiums Queensland Taskforce Final Report.