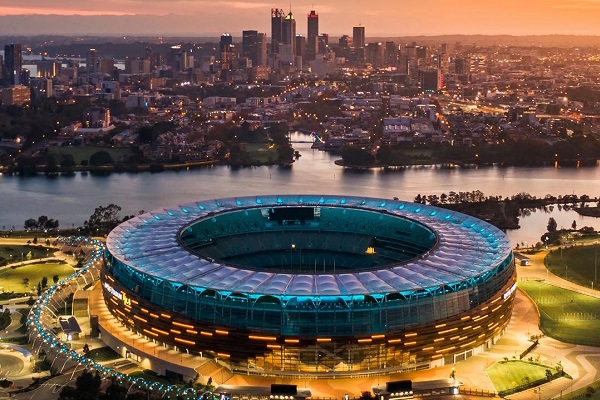 Tickets for the first-ever AFL Grand Final in Perth sold out within minutes when released yesterday morning with, at one stage, more than 180,000 people queued on the Ticketmaster website trying to secure a seat at the game.

With the AFL releasing 10,250 of Optus Stadium's 60,000 seats to the general public, tickets sold out within nine minutes of going online at 10am.

“It was the busiest on sale in Ticketmaster Australia’s history with the online queue peaking at 180,000 fans.

“This is five times bigger than last year’s Grand Final and physically would’ve stretched around the length of Optus Stadium and all the way back to the Burswood Peninsula.” 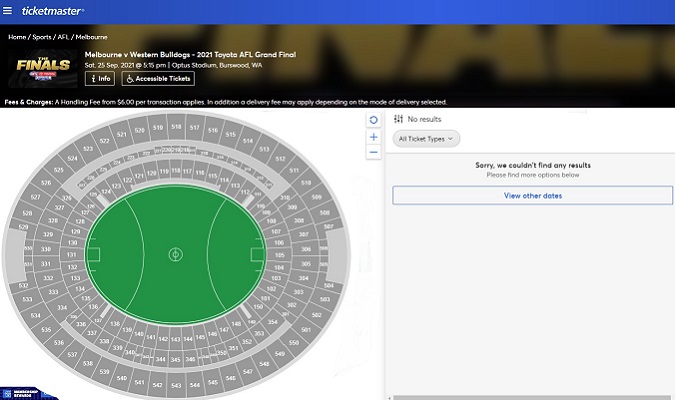 Search for staff
Less than 10 days before the highly anticipated clash between the Western Bulldogs and the Melbourne Demons on 25th September, Optus Stadium operator VenuesLive has also repeated its call to attract staff for the game.

The search for 600 extra staff follows shortages during the AFL semi-final earlier this month which saw crowds queue for up to 40 minutes for food and drink at the clash between Geelong and Greater Western Sydney.

Optus Stadium Chief Executive, Mike McKenna commented “this is reflective of the nature of the event - gates will be open longer and there will be more pre-and post-match entertainment and activations to be involved in.”

McKenna said the venueneeded about 2,500 staff for the Grand Final and had about 1,800 locked in, with another 500 applications "in process".

He said they were now mainly looking for people to serve and work in function rooms and in the venue’s kitchens.

Images: Optus Stadium (top, credit: Tourism WA) and confirmation that tickets for the first-ever AFL Grand Final in Perth are sold out (below).