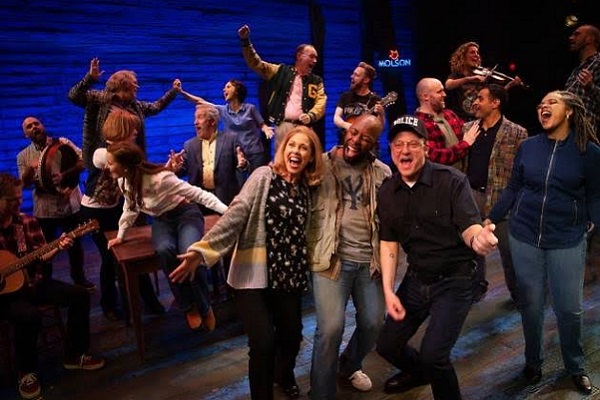 Ticketmaster has revealed that Come From Away - the critically-acclaimed Broadway musical which has been playing at Melbourne’s Comedy Theatre since July - as Australia's Ticket of the Year for 2018.

As voted by ticket buying fans, the award-winning production leads the list of Ticketmaster’s most popular events, as voted by fans, with theatre production Harry Potter and the Cursed Child and Book of Mormon rounding off the global ticketing giant top three Australian events of 2019.

Musical theatre and theatre dominates the Australian list with Chicago The Musical and Muriel’s Wedding also featuring in the nation’s top 10.

Come From Away’s powerful narrative is based on true events surrounding the experiences of passengers on stranded planes in Gander, Newfoundland after the terrorist attacks of 9/11. Currently playing on Broadway and in Toronto, North America and London’s the West End, the show was brought to Australia by producing group Newtheatricals.

Producer Rodney Rigby commented “we are absolutely thrilled that Come From Away has been crowned Ticketmaster’s Ticket of the Year.

“For the last four months, the production has been wowing audiences from all over Australia with standing ovations for every performance. It is wonderful that the show has touched so many people this year.”

Among other significant ticketed events, Elton John’s Farewell Yellow Brick Road is the most anticipated event of the coming year while P!nk’s Beautiful Trauma World Tour is Ticketmaster’s global Ticket of the Year.

‘Elton-mania’ will sweep the country at the end of this month as Sir Elton John kicks off his Farewell Yellow Brick Road tour across the country. The tour will see Elton become the first artist to play Townsville’s brand-new North Queensland Stadium as he plays to over a half a million fans on his 40-date tour across Australia and New Zealand. 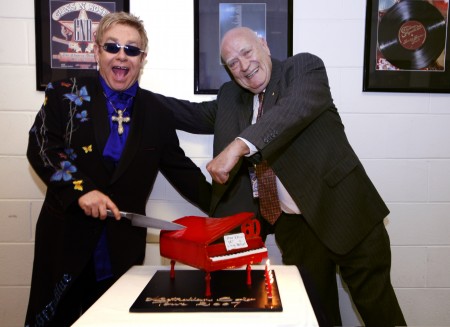 “It’s one hell of a show, we’re beyond excited to be bringing it to Australia, and from Ticketmaster’s Ticket of the Year poll it looks like fans are highly anticipating it too!”

Pop icon P!nk’s achievement follows her thrilling audiences across America, Australia, New Zealand and Europe during the year. The Grammy Award winner, who released her eighth studio album Hurts 2B Human in April, tallied up a record 157 shows worldwide.

earlier this year and due to unprecedented demand added more shows in Perth, Sandy Bay (Tasmania) and Brisbane which will take place in the New Year.

Now in its fifth year, fans are more passionate about Ticket of the Year than ever before with 2019 seeing the most votes yet with a record 24 countries taking part in this truly global vote.

Australia’s 2019 Ticket of the Year

Australia’s Most Anticipated Events for 2020

Global Ticket of the Year 2019

For the survey, Ticketmaster, which provides 500 million tickets to fans across 30 countries, polled live entertainment fans worldwide from its 200 million database to discover the most popular live events.

Images: Come from Away (top) and Elton John with Michael Chugg in 2008 (below).