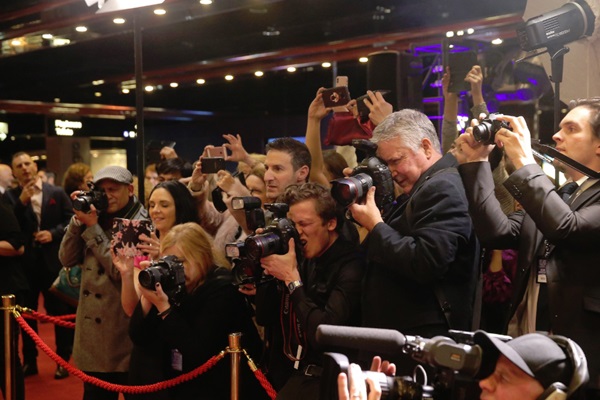 Presentation of the 2019 Helpmann Awards has been completed tonight with the announcement of 23 winners in the categories of comedy, cabaret, contemporary music, musicals, opera, classical music, theatre and ballet, dance and physical theatre.

Complementing 20 Awards announced last night at the 2019 Helpmann Awards Act I, the night has also seen the 2019 JC Williamson Award presented by Paul Kelly to the legendary singer-songwriter Kev Carmody, for his outstanding contribution to the live performance industry.

The night was another success for Counting and Cracking with S. Shakthidharan’s epic new play, produced by Belvoir and Co-Curious at the 2019 Sydney Festival and Adelaide Festival, securing a further three awards, on top of the four from last night, making it the biggest winner of the 2019 Helpmann Awards. At tonight’s Act II ceremony, it was named Best Production of a Play and Best New Australian Work, while Prakash Belawadi was named Best Male Actor in a Play.

Surprisingly, Harry Potter and the Cursed Child, which won a record-breaking nine Olivier Awards in London and six Tonys on Broadway, secured no award tonight and comes away from the 2019 Helpmanns with just a single award for lighting, presented during Act I.

Best Female Actor in a Play went to Kate Mulvany for her performance in Belvoir’s production of Every Brilliant Thing – one of 13 wins for Belvoir across several productions. 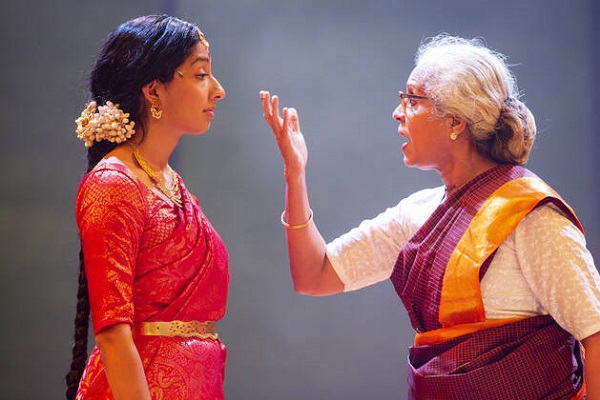 Best Opera went to the Komische Oper Berlin’s production of The Magic Flute, directed by Barrie Kosky and Suzanne Andrade – the third Helpmann Award for the production, which used an ingenious stage design featuring a kaleidoscope of hand-drawn images by Paul Barritt from the renowned British theatre company 1927.

Beating the major commercial musicals nominated this year, Best Musical was won by Barbara and the Camp Dogs, another Belvoir production (produced in association with Vick Gordon Music Productions Pty Ltd) written by Ursula Yovich and Alana Valentine. Yovich was also named Best Female Actor in a Musical, taking the show’s total Helpmann Awards to four, following wins for Elaine Crombie and the show’s score last night. Best Actor in a Musical went to Brent Hill for his performance in School of Rock.

In the dance categories, Best Ballet was won by Aurum, a new work choreographed by Alice Topp for The Australian Ballet, which the company premiered in 2018 and has also performed in New York. Best Dance Production went to Australian Dance Theatre for The Beginning of Nature. Best Male Dancer in a Ballet, Dance or Physical Theatre Production was won by Waangenga Blanco for his performance in Bangarra Dance Theatre’s Dark Emu, while Best Female Dancer in a Ballet, Dance or Physical Theatre went to Tara Jade Samaya for her performance in Chunky Move’s Common Ground. 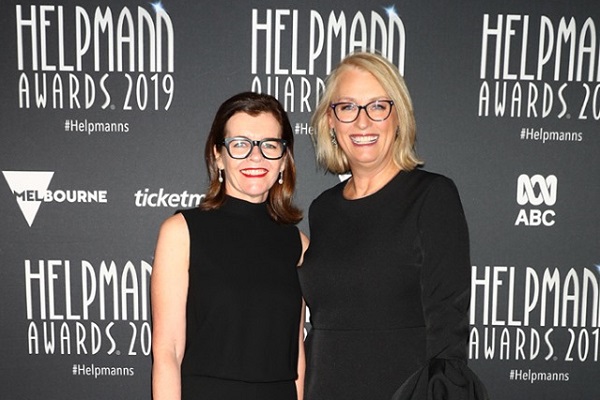 Among the other awards, Best Visual or Physical Theatre Production was won by Out of Chaos… produced by Gravity & Other Myths. Hannah Gadsby won Best Comedy Performer for her solo show Douglas, Ali McGregor won Best Cabaret Performer for her show Yma Sumac – The Peruvian Songbird, which premiered at the Adelaide Cabaret Festival, and Tim Minchin won Best Australian Contemporary Concert for his concert Back.

Saluting artistic excellence and achievement on Australian stages over the past year, Live Performance Australia (LPA) President, Richard Evans stated “we are proud to present the 19th Annual Helpmann Awards in Melbourne this year for the very first time.

“The breadth and diversity of winners, nominees and performances at tonight’s and yesterday’s events shines a spotlight on Australia’s world-class creative and artistic talent.”

In a world first, the cast of Harry Potter and the Cursed Child performed an exclusive montage at the play’s Australian home, Melbourne’s Princess Theatre, which was beamed live to the Awards audience at Arts Centre Melbourne’s State Theatre.

The Helpmann Awards were established by LPA in 2001.