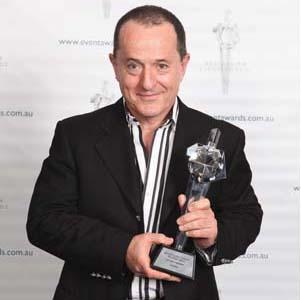 Live Performance Australia (LPA) has announced its new production team for the Helpmann Awards events from 2018 to 2020, with David Atkins appointed Artistic Director, Will Sheehan as Executive Producer and Dawn Martin as Production Director.

Announcing the appointments, LPA Chief Executive Evelyn Richardson stated “we are delighted to announce David Atkins as our new Artistic Director for the Helpmann Awards for the next three years ...  one of Australia’s most internationally renowned producer, director and choreographers.

“He has directed and produced some of the largest live events of this decade to a wide array of audiences around the world.

“He was acclaimed for his outstanding and innovative work as the artistic director and producer of the Sydney 2000 Olympic Games Opening and Closing ceremonies and has a pedigree that is unrivalled. His impressive list of credits in live entertainment events and theatrical experiences include creating and directing the first Australian musical presented on London’s West End, the Olivier Award winning ‘Hot Shoe Shuffle’.

The Helpmann Awards are the premiere celebration of Australia’s vibrant live performance industry and recognise distinguished achievement and excellence across our diverse live entertainment and performing arts sectors.

Richardson added “we have some very exciting and ambitious ideas for growing the Helpmann Awards as we head to our 20th anniversary in 2020.

“We feel very confident that David will bring a fresh, creative energy to the awards supported by Will and Dawn who have worked with us so successfully on previous awards’ ceremonies.

“This is a dynamic, talented and highly skilled team with impeccable credentials and we are delighted to have the opportunity to work with them for the next three years. This heralds a new and very exciting chapter for the Helpmann Awards’ events going forward”, Ms Richardson said. 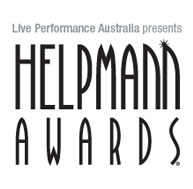 Welcoming his appointment, Atkins stated “Will and Dawn invited me to join them on the tender for this contract and it was too good an offer to pass up.

“The combination of our collective experience and skills, especially their delivery of the Helpmann’s over the last few years meant we could bring both new blood and Helpmann’s veterans to the team to create and produce the Awards.

“The Helpmann’s and LPA are pivotal to the Australian performing arts industry and we are honoured to have won this opportunity”.

Sheehan also commented “I am thrilled to be stepping up to the role of Executive Producer. Having been the associate producer of the Awards’ for a number of years I am so honoured to be leading this amazing team entrusted with creating our industry’s night of nights.

“I am also delighted to be collaborating with David and Dawn, both of whom bring such experience, creativity, energy and passion to the Helpmann’s. There is much we want to achieve together with LPA and I really just can’t wait to get going”.

Martin concluded “I am thrilled to be given the opportunity to continue my long-standing association with the Helpmann Awards and to be working with David and Will to celebrate and promote the live performance industry through this prestigious event”.

Key dates for the Helpmann Awards, to be presented live in Sydney in 2018, will be announced shortly.

For further information on the Helpmann Awards, visit www.helpmannawards.com.au