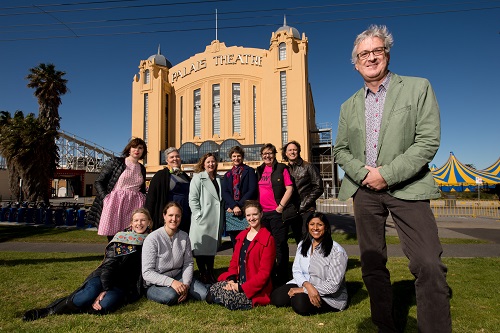 Cox joins the landmark Melbourne venue from the Isaac Theatre Royal in Christchurch where he has been General Manager and Chief Executive since 2008.

His remit in Christchurch included dealing with local and national government, event creation and procurement and the significant capital project of rebuilding and returning the Theatre to working order after extensive damage caused by the 2011 Christchurch earthquakes.

Cox has an extensive background in live and recorded music spanning 30 years. Having worked in various global capacities with EMI Music, Cox also promoted a number of tours and events, including festivals, with his own concert promotions business.

Commenting on the appointment, Live Nation Australia Chief Executive Roger Field stated “Neil Cox has extensive experience and incredibly strong relationships within venues, promoters and producers across the Australasian industry which will give him a flying start when he takes the reigns at Melbourne’s beloved and iconic Palais Theatre.”

Sharing his views prior to leaving Christchurch, Cox advised “the past 10 years at the Isaac Theatre Royal has been extremely varied, massively challenging but ultimately very rewarding. Moving from one iconic venue in New Zealand to an equally iconic and historic venue in Melbourne is a challenge that I relish.

“By bringing my vast experience to the role, I hope to ensure that the Palais continues to be one of Melbourne’s premier live entertainment venues providing an unforgettable experience for all that walk through the doors.”

In partnership with the CoPP, the Palais Theatre Community Fund was established to provide long-term benefits for a vibrant and creative St Kilda and City of Port Phillip.

The following local registered charities or not-for-profits are the first recipients of the Palais Theatre Community Fund receiving grants of up to $5,000:

The Fund, part Live Nation’s 30 year lease of the Palais Theatre, awards initiatives or ideas relating to local infrastructure, equipment, community, activities and people within the City of Port Phillip, including the creative arts such as live music, theatre, film, art, dance, comedy and writing, as well as events, internships and educational courses.

The Palais Theatre Community Fund is set to generate approximately $100,000 to $120,000 per year into the community, each and every year over the 30 year lease term ($3 million to $3.6 million over the life of the lease) and is funded via a 50 cent donation from Live Nation for every ticket sold for an event at the Palais Theatre.

Commenting on first round of recipients, Erin McMahon, Bookings and Marketing Manager of the Palais Theatre, advised “we received an overwhelming number of quality applications in our inaugural funding round and we are beyond excited to be awarding a number of initiatives that will provide long-term benefits to our thriving local community. We look forward to working with these organisations and watching their projects develop in the coming months.”

The Palais Theatre Community Fund Committee which has been established to oversee and administer the fund is made up of six local City of Port Phillip residents and two Live Nation representatives.

Round 2 applications will open in this month.