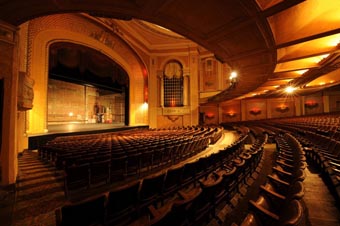 Live Nation Australia has announced today that it has secured a long-term lease to operate Melbourne’s landmark Palais Theatre.

“Both as a major presenter of live events and as a Melbourne-based and staffed music business firm, we are very aware of how important the venue is to the St Kilda community and to the people of Melbourne in general, and what a very special performance space it is.

“To have been granted stewardship of this iconic venue carries a great responsibility, and we will seek to restore the Palais to its former glories, to better adapt it to the changing requirements of live performances, and to operate it for the benefit of all stakeholders, hirers, staff and patrons.

“We look forward with great enthusiasm to successfully navigating the opportunities that lie ahead.”

A statement from the City of Port Phillip advised “Live Nation's proposal met or exceeded all our objectives and we are excited at what can now be delivered for our community and live music fans across Australia.

“We welcome Live Nation aboard and look forward to this much loved St Kilda venue delighting audiences for years to come."

The Council stated that Live Nation had also put forward the best approach to enhancing community benefits, including community engagement, governance and fundraising, with the potential to not only retain but extend the social, economic and cultural benefits arising from the operation of the Palais Theatre for both the local St Kilda and broader Melbourne communities. 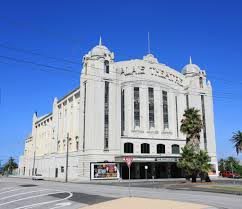 Live Nation has committed to the establishment of the Palais Theatre Community Fund (PTCF) which will be funded by a $0.50 contribution from every ticket sold.

The PTCF has the potential to generate more than $4 million in current-day dollars value over the life of the lease to thereby support a range of community initiatives. The fund will be administered by a committee which will include Live Nation, community and council representatives, and will be subject to Council-endorsed terms of reference.

Since Live Nation’s integrated business model includes venue management, concert promotion and ticketing, extensive consideration has been given to the development of a Fair Competition and Confidentiality Policy for the hire of the Palais Theatre, which will be subject to approval by the Council.

A statement from Live Nation added “Live Nation would like to acknowledge the rigorous tender process that has been undertaken by City of Port Phillip, and thanks the Council for the vote of confidence in taking the decision to grant Live Nation the lease and operational rights for the venue.”

Created in 2010, Live Nation Australia and New Zealand is a subsidiary of Live Nation Entertainment.

For more information on the Palais Theatre go to www.portphillip.vic.gov.au/palais-theatre.htm