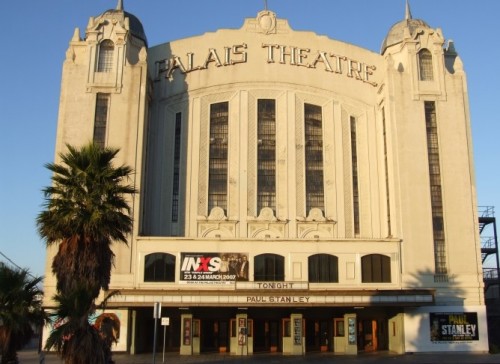 In a bid to protect Melbourne’s Palais Theatre, musician Tex Perkins will stand as an independent in the upcoming Victorian state election.

The St Kilda-based singer-songwriter, best known for fronting the Cruel Sea, has announced plans that he will stand as an independent in the Albert Park constituency in the 29th November poll.

Perkins said neglect of the theatre and buck-passing from both sides of politics influenced his last-minute decision to stand, explaining “the Palais is a state-owned heritage building and there are policies for how you maintain these buildings.

“Instead she has been neglected by both sides of politics for far too many years. So push has finally come to shove – she needs a funding commitment now.”

Perkins said the campaign got a major boost last Wednesday when Rolling Stones frontman Mick Jagger told fans at their Melbourne concert about the campaign.

Scaffolding was placed outside the theatre in August to ensure it could continue to operate safely.

The City of Port Phillip has committed $7.5 million to improve the theatre if the Victorian Government commits $25 million towards the project.

The Council, who manage the building’s lease, has estimated the 87-year-old venue will near up to $40 million for the restorations.

For more information visit the I Love My Palais campaign website at www.ilovemypalais.com