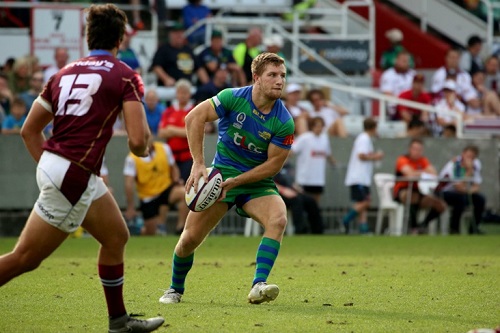 Following the fourth incident on 4th August, Rugby Australia and the Queensland Rugby Union (QRU), in conjunction with QGPS headmasters, commissioned an independent review to assess whether there were any common themes with the injuries, and if anything could be learned from the incidents to improve safety in the future.

The panel considered submissions from the injured players and their families, each of the QGPS schools, the QRU and Rugby Australia. Meetings involving members from each group were also held to discuss the issues at hand, while the panel conducted further investigations on each of the incidents.

At the request of the panel, Rugby Australia has developed a Best Practice Safe Rugby Framework ahead of the 2019 season, which incorporates its existing player safety guidelines and participation policy, as well as introducing new safety initiatives to be trialed this year.

Some of the most significant developments will be made in player assessment. New measures will be put in place to assess the physical development, motor competency and skill development of individual players to ensure that players have the requisite skills, health and critical competencies to minimise the risk of potential injury.

One such initiative will involve the launch of a ‘Front Row Passport’ program, which will be piloted predominantly in the ‘A and B’ Grade competitions within the 2019 GPS Rugby competition. The program is based on the successful model employed in France and works as an accreditation scheme for junior players to ensure they possess the physical, skill and motor competencies to play in the front row positions.

After finalising its review, the panel also made recommendations to the Queensland GPS schools, consisting of the following:

1. Consider changes to the way rugby is offered at QGPS schools so that 'best practice' is followed in accordance with Rugby Australia and QRU guidelines
2. Review the insurance maintained by them to cover the risk of players suffering serious injury
3. Each school devise and resolve upon a serious injury protocol
The Queensland GPS schools have established a working group to consider the recommendations.

Commenting in the report, Rugby Australia Chief Executive Raelene Castle stated “the panel has completed a very detailed and professional review of this incredibly unfortunate cluster of serious injuries.

“The safety and welfare of our players is paramount to the game and the thoroughness of the process and the quality of the report that has been provided will be a blueprint for rugby competitions across Australia going forward. We do however hope that we will never be required to undertake a similar exercise again.

“Rugby Australia in conjunction with World Rugby is constantly making advancements and improvements in player safety and over the past two years has developed a world-leading size for age grading system and a blue card concussion management system. Player safety and welfare continues to be the leading priority in the development of our participation policies and guidelines.

“Rugby Australia, the QRU and the GPS Association of Queensland will continue to provide support to the schools and families that have been affected by these injuries as the young men continue their rehabilitation process and all of our focus is on ensuring that every player in our game continues to be provided with the safest possible environment to play rugby.”

GPS Association of Queensland Chairman, Peter Fullagar added “we welcome the report’s recommendations and will be standing shoulder-to-shoulder with Rugby Australia, the QRU and our member schools to deliver leadership in player safety.

“We’ve established a GPS Rugby Review Working Group to step out the Association’s response to the Review’s recommendations and to ensure we support our schools as we implement the Best Practice Safe Rugby Framework as quickly as possible ahead of the 2019 season.

“I would especially like to thank the families of the injured boys for their participation in the Review process as they deal with the impacts of these tragic injuries.

"We hope the report provides some comfort that their views and perspectives have been listened to and that they have made a valuable contribution to the ongoing improvement of player safety in our schools.”