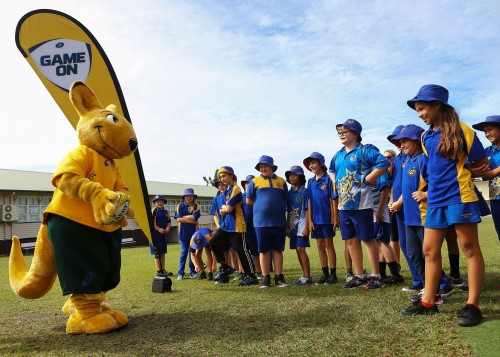 Rugby Australia has reported that 2018 saw a rise in participation across the country with growth across all formats of the game including in clubs and schools, with the governing body and member unions delivering programs to more than 69,000 students - a 8.3% increase from 2017.

Rugby Australia reported that 657 schools signed up to programs including Get into Rugby, Foxtel Touch 7s, Sevens and Deadly 7s – of which 61% were Government-run schools and 46% of participants were female.

Advising that rugby union is now the third-most played sport in secondary schools through the Australian Government Sporting Schools program, Rugby Australia General Manager of Community Rugby James Selby advised "these figures prove we’re on track with our five-year strategic plan. We had a target to reach 50,000 students before 2020 and we achieved that two years ago.

"Our introductory rugby programs are proving hugely popular with schools and are creating the perfect pathway from the school to the club."

In another boost for the sport, thousands joined the “rugby family” through Foxtel Touch 7s with 80% of participants being new to the game.

The program welcomes people of all ages, backgrounds and skill level to learn Rugby in a fun and family friendly environment. This year alone it was run in almost 200 schools and clubs. 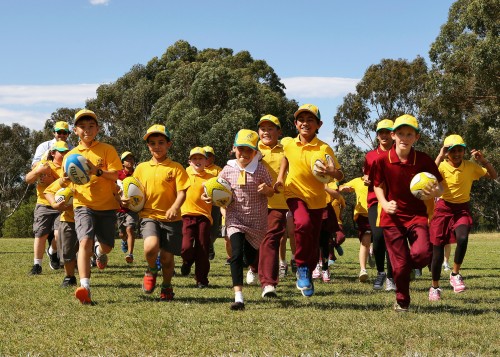 For many clubs it has doubled their participation numbers, including the Taylor Bridge Rugby Club in Brisbane who welcomed an additional 120 people via Foxtel Touch 7s while Wakehurst Rugby Club in Sydney signed a further 250 registered players.

When looking at the traditional format of the game, XVs Rugby has already exceeded 2017 figures. To date, more than 82,000 people have played XVs in 2018 which excludes the summer competitions kicking off throughout this month.

The three unions which topped the charts for XVs growth are Queensland (10%), ACT (7%) and South Australia (2%).

In addition to this, 10 new clubs opened their doors including the Perth Irish Rugby Football Club, the Tamar Valley Vixens Rugby Club in Launceston and the MacKillop Saints Rugby Club in Darwin.

"Following this success, another seven XVs school-based competitions will launch in 2019 with the support of the Australian Rugby Foundation. Dozens of non-traditional schools from Queensland, New South Wales and the ACT are locked in, with schools from Victoria and Western Australia in the pipeline.”

Sevens also saw a rise in numbers in 2018 with more than 65,000 participants taking to the field - a 14% increase from 2017. There have also been a record number of tournaments with most event organisers recording capacity, including the Summer of 7s Championship in Darwin which expanded to include five junior teams.