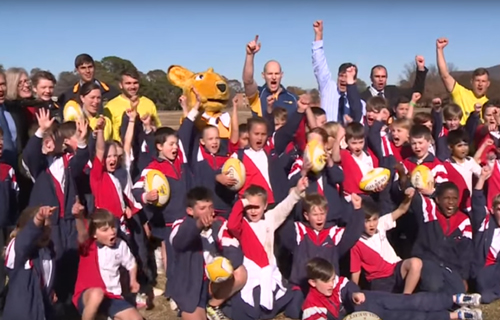 The Australian Rugby Union (ARU) has rejected the research findings recently published by Roy Morgan on the number of ‘active participants’ in the sport of rugby in Australia.

Challenging the report’s figures that showed rugby’s active participants (aged 14+) had dropped to 55,000 in 2016, the ARU cited its own data and findings in the Australian Sports Commission’s AusPlay report of December 2016.

Figures set to be published in the ARU’s 2016 Annual Report will show that last year 271,528 participants were involved in more than five games or structured sessions (in competitions and non-competition programs), reflecting an increase of 1.5% or 4,065 new participants year-on-year.

A statement from the ARU highlights that in 2016 there was also a 3.5% increase in participation in the under 6s to under 11s age group which can be attributed to the successful rollout of the ARU’s five-week primary schools program ‘Game On’.

In its AusPlay report on Australian sports participation, the ASC reported over 70,000 Australians aged 15+ participated in rugby at least once per week last year, while a further 117,000 had at least one rugby experience each month. The AusPlay research comprised continuous data collection in field every week over a 12-month period with 20,000 adults and 4,000 children surveyed, while Roy Morgan’s face-to-face survey was conducted with 14,000 adults. 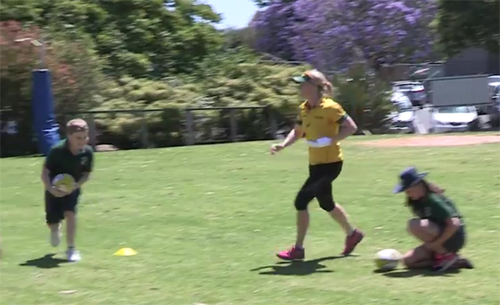 ARU General Manager of Community Rugby and Strategy, Andrew Larratt commented “the Roy Morgan numbers are not supported by any other research and are strongly rejected by the ARU.

“More people had a rugby experience than ever before in 2016, which is despite a less than 1% drop in 15-a-side rugby participation in our clubs. A significant portion of this participation growth came in the key Under 6 to Under 11 age group due to the strong success of the Game On program.

“As has been revealed, the Roy Morgan research was conducted only with persons over the age of 14.

“We acknowledge as a sport that there is much work to be done, particularly in arresting the decline in club 15s participation. We are well advanced in our review of the Australian Rugby Strategic Plan, with a specific focus on this area of the game. There is however much evidence to suggest that our participation strategy at the junior level is generating some very encouraging results as we build up grassroots club rugby through growth in junior club rugby.”

In January 2016 the AFL released figures claiming that more than 3.2 million Australians participated in Australian rules football in 2015.

Images: While Roy Morgan's research on sport participation was on those age over 14 years, the ARU is citing the successful rollout of its ARU’s five-week primary schools program ‘Game On’ in boosting participation.