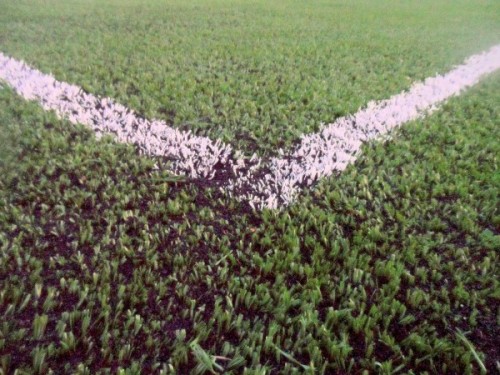 A new Wellington-based study is to assess whether there is any difference in children's sports injuries on artificial turf when compared with grass fields.

With a growing number of installations of artificial turf fields being installed across Australia and New Zealand, the Paediatric and Adolescent Rugby Injury Study (Paris) is comparing young players' injuries suffered on either playing surface.

Jointly funded by the Surgical Research Trust and Otago University's Wellington School of Medicine, the first stage of the study used used Accident Compensation Corporation (ACC) data from children aged seven to 16 who were injured playing rugby in 2014 in Wellington, Hutt Valley and Porirua.

Phase two kicks off with the commencement of the school rugby season, with several hundred players at three Wellington high schools to be closely monitored for their injuries.

Wellington orthopaedic registrar Logan Walker's own experience of listening to players and spectators discussing injury rates on artificial turfs prompted his interest in the topic.

However, he discovered little research had been done on turf versus grass field injuries in school rugby internationally, and none in New Zealand.

Walker told Fairfax media “when the teams play on turf, they say, 'Oh, I don't know about turf'. You hear it on the sidelines that people are worried about the turf too.”

Of about 5,000 youngsters in Wellington's rugby playing population, nearly a quarter suffered an injury that needed ACC-funded treatment in the 2014 season.

Walker surveyed them about their injury characteristics, including whether they were suffered on grass or turf, whether they were using protective gear, and what position they played. He is undertaking a similar study on adult players with the help of Wellington Rugby.

The study will see coaches would document a range of details about players' injuries each week, including whether protective gear and boots with sprigs or blades affected injury rates.

Walker added "the whole endgame is to feed back to coaches, managers and schools about the injuries that are more common and working on the end goal of decreasing injuries."

Kiddle stated “we are always looking to support research that has a community focus, to support the community that supports us."

Wellington City Council and local schools has made significant investment in artificial turf fields over the past decade which has been acknowledged for transforming winter school sport, which previously suffered numerous cancellations when bad weather made grass fields unusable.

Council sports partnership and club leader Glenn McGovern said international research showed no conclusive proof that artificial turf fields had worse injury rates, concluding "we are interested in the results of this study.

“Anecdotally, we are not hearing of any increase in injuries from artificial turf here."