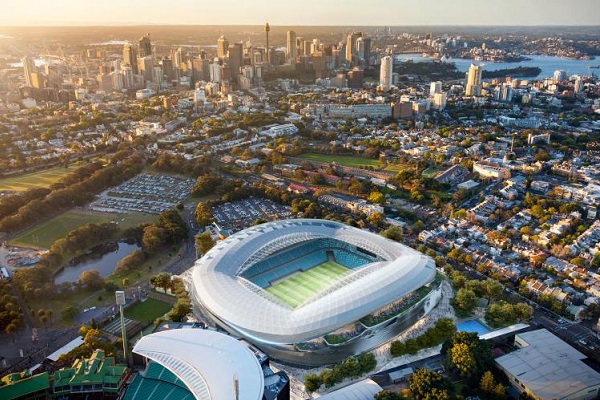 The NSW Government has announced that it has "identified" two companies - Multiplex and John Holland - as being "capable" of undertaking the building of the new Sydney Football Stadium.

Following Lendlease having walked away from the project last month, NSW Minister for Sport John Sidoti insisted the delivery of the new Sydney Football Stadium remains "on time and on budget", with the two builders having been invited to participate in the competitive tender process to deliver stage two of the project.

Minister Sidoti advised "the winning bidder will be announced later this year, following the receipt of stage two planning approval and completion of the tender evaluation.”

Lendlease will continue to oversee stage one demolition work at Sydney Football Stadium, which is on track for completion by the end of the year.

Minister Sidoti also said the NSW Government was getting on with delivering on its $810 million redevelopment of ANZ Stadium, with the project now proceeding to community consultation and development application.

He added “the refurbished Stadium Australia will move 46,000 seats up to 25 metres closer to the action to create more atmosphere.

“Once complete, Stadium Australia will be the biggest rectangular stadium in the country, enabling NSW to host the best events in the world.

“It also allows us to retain our Olympic legacy, while giving the stadium the refurbishment it needs to be purpose fit for the next 40 years which will see us attract and retain world class events.”

With the refurbishment of ANZ Stadium set to commence after the 2020 State of Origin and the Sydney Cricket Ground to host the 2020 NRL Grand Final, the possibility exists that the NRL Grand Final could be held in other states – with Brisbane’s Suncorp Stadium and Perth’s Optus Stadium likely to want to host the season decider.