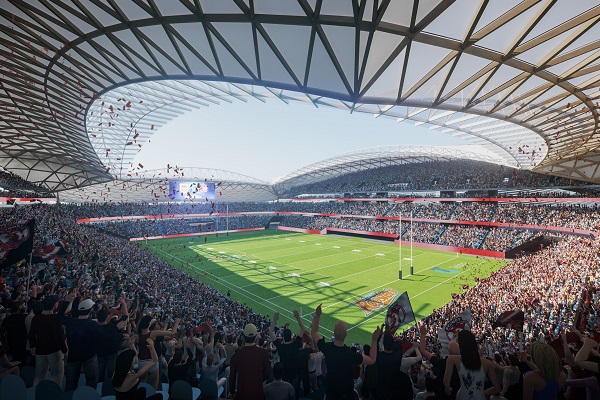 The Sydney Cricket and Sports Grounds and Sydney Roosters have signed a landmark partnership that will see the reigning NRL premiers play home games and finals at the new Allianz Stadium for at least the next 25 years when it opens in 2022.

Commenting on the deal, the longest hiring agreement between a venue and a club in the history of the sport, SCG Trust Chairman Tony Shepherd stated “this is a historic announcement for the SCG and Roosters.

“One that ushers in a new era for rugby league, just like when Easts played their first game here in 1913.

“The club was formed at the top of Oatley Road in January 1908 and remains bonded to the precinct by geography, membership and heritage.

“The Roosters’ sporting achievements at our grounds read like a history of rugby league. We are proud to continue to build on this century-long partnership.”

SCG Trust Chief Executive, Kerrie Mather added “the SCG is incredibly proud that the Roosters and their supporters will call the new stadium home for the next 25 years - it’s an innovative new partnership model that has its foundation in our shared history.

“This new agreement takes our partnership to a new level. It is a true partnership where together we will focus on driving increased attendance, attracting new supporters and further strengthening the club’s and our engagement with the community.

“I’m personally delighted that a key element of our partnership is tied to increasing the presence and participation of women in elite sport via the NRLW.

“The new stadium will be the most significant change to our city’s sporting environment in decades and we are invested in the Roosters’ future success here.” 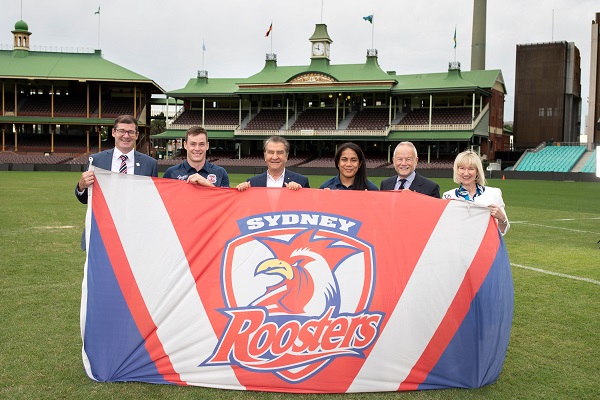 Roosters Chairman Nick Politis went on to say “these grounds have always been our spiritual home and the binding agreement we’ve signed with the SCG means this will always be our home.

“We played our first matches here at the old Show Ground, moved to the Sports Ground and then Allianz Stadium.

“We’ve had some of our most famous moments on the SCG, including the 1974 and 75 premierships that marked the start of my involvement with the Roosters.

“Our whole club is excited about what the new stadium will deliver for our members, supporters and players and for rugby league across the board. It cannot happen soon enough.”

The Roosters deal, which will run from 2022 to 2046, is the latest long-term hiring agreement between the Sydney Cricket and Sports Grounds and its home teams and codes.

Other current long-term arrangements include: