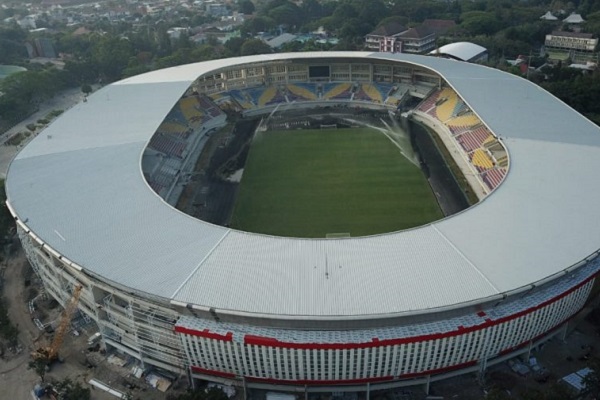 Ongoing facility developments in Indonesia have seen the reopening of the recently renovated Manahan Stadium in Central Java and the announcement of plans for a new 20,000 seat arena in Jakarta.

With Indonesia co-hosting basketball’s FIBA World Cup – along with the Philippines and Japan - in 2023, Indonesia’s Youth and Sports Minister Zainudin Amali has revealed that the Government plans on building a venue that meets the standards of the International Basketball Federation (FIBA), which requires arenas that seat in excess of 8,000 fans.

Zainudin advised this week “we must have one or more stadiums that meet the FIBA standards. They require at least one stadium capable of housing 10,000 spectators, and we don’t have any,"

Jakarta currently has the 5,000-seat Istora Stadium, that is used to stage the annual Indonesia Open badminton tournament.

Danny Kosasih, head of the Indonesian Basketball Association, revealed that Indonesian President Joko Widodo has granted the Association a permit to build an arena that could seat between 15,000 and 20,000 fans.

He was quoted as stating "I instructed the venue to be built according to the FIBA standards, from changing room and hardwood floor to hospitality area and internet connections.”

This week has also seen President officially reopen the Manahan Stadium in his home city of Surakarta in Central Java.

The multipurpose sports stadium was renovated at a cost of US$22 million, and it will be used as one of the venues for the FIFA Under-20 World Cup in 2021.

Closed for renovations from early 2018, it now boasts a capacity of 20,000 and a range of facilities have been updated for player comfort, including the installation of hot tubs and warm-up rooms.

The athletic track has also been improved and has received a World Athletics class 2 certificate.

Indonesia would host the Under-20 World Cup from 24th May to 12th June next year.