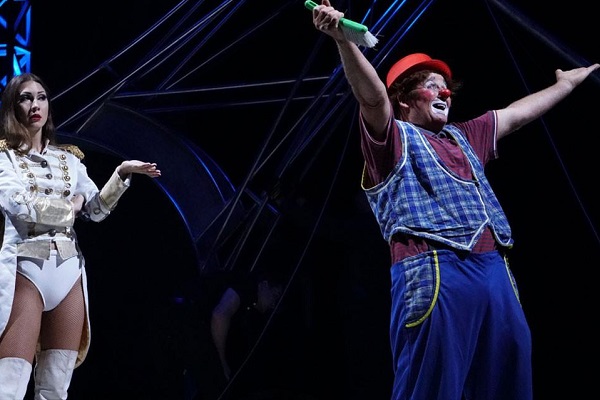 iTICKET, which is the ticket seller for The Great Moscow Circus, which is currently touring the North Island, has been actively blocking overseas credit card purchasers who are allegedly attempting to buy tickets for reselling on Viagogo at inflated prices.

iTICKET Director, Reece Preston advised “we have seen an increase in complaints and customers being ripped off to the tune of hundreds of dollars each by Viagogo.

“Unfortunately, it seems as if Viagogo has now caught on to the fact that we are one of the few countries in the world holding events of scale, due to our privileged COVID-19 status.”

Preston explained that he wants to increase public awareness about Viagogo and direct people to purchase tickets through official ticket sellers, adding “these purchasers are clearly agents of Viagogo and not genuine customers wanting to resell tickets.

“We can tell this as they are all non-NZ based, and given the current situation with international travel, it would be impossible for someone in the Ukraine, London or Germany to attend the circus in Whangarei this week”.

Marie Weber, Director of New Zealand company Weber Brothers which is touring The Great Moscow Circus, noted “it is extremely frustrating that this highly unethical practice can’t be stopped in New Zealand.

“We set our circus ticket prices to be as affordable as possible, so to see Kiwi families paying three to four times as much as they should is very upsetting for everyone. It is decent hard-working New Zealanders who are getting ripped off, with the huge markup ending up in Viagogo’s coffers. If this is not a sophisticated international ticketing scam, then I don’t know what is.”

The New Zealand Commerce Commission initiated proceedings against Viagogo in August 2018 and joined a growing group of international enforcement agencies who are bringing similar cases against Viagogo.