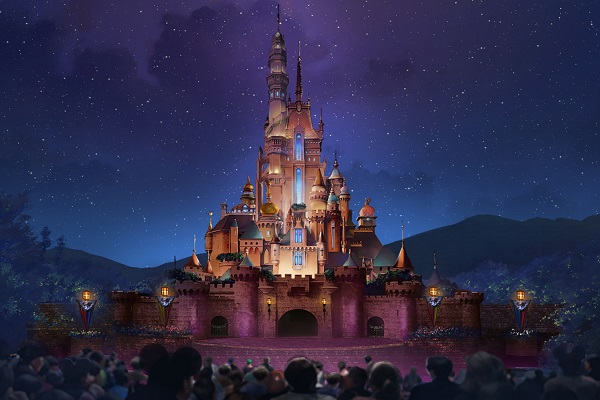 Hong Kong Disneyland Resort has announced that its new transformed signature enchanted castle is to be rebranded as the Castle of Magical Dreams.

Bob Chapek, Chairman of Disney Parks, Experiences and Products, unveiled the castle’s name, the latest concept artwork and some of the finer details behind the re-imagined centrepiece at the theme park.

Marking the first time that an existing castle in a Disney park has undergone a change of this scale, the transformation - featuring new thematic towers and spires which are now in the process of being fitted into place onto the castle base - is set to be a highly-anticipated unveiling at Hong Kong Disneyland.

With a design inspired by some of Disney’s most popular tales, the re-imagined castle will pay tribute to each of these Disney heroines for pursuing their dreams. The architectural elements embrace the characteristics of each heroine through the interpretation of colours, icons, patterns and cultural features, with uniquely designed towers, turrets and spires dedicated to their respective stories. Guests will be able to recognize the individual elements inspired by their favourite Disney heroines, celebrating a sense of diversity, inclusion and unity. 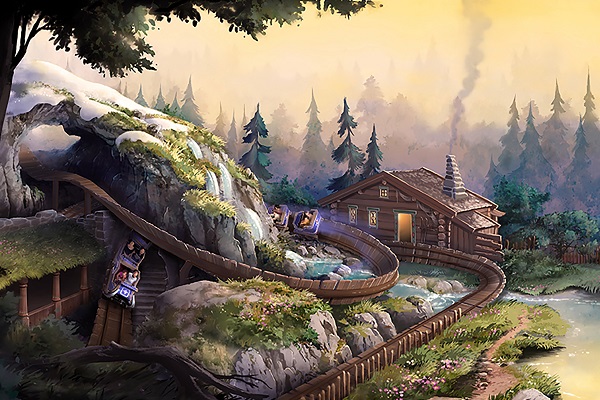 With its scheduled opening in 2020, the castle will stand as a shining beacon of courage, hope and possibility, inspiring all who dare to dream big. In addition, there will be a brand new, breath-taking nighttime spectacular as well as a new daytime show, details of which will be unveiled at a later date.

Another major instalment for the park’s multi-year expansion is the creation of an entirely new themed area - and excitement is already building for the project dedicated to one of the most popular animated movies of all time. Scheduled to open in 2021 after the castle transformation, the new Frozen-themed area follows the release of the upcoming Walt Disney Animation Studios’ Frozen 2 movie later this year. The new area also happens to be the first-ever themed area based on the Frozen movies at any Disney park around the world.

The immersive area will be located between it’s a small world and Toy Story Land and will welcome guests into the world of Arendelle where they can wander through the snowy villages and icy valleys of the world of Frozen.

Features in this land will include taking a boat ride to Elsa’s Ice Palace and the new Frozen Ever After experience, which allows guests to take in every detail of Elsa’s Ice Palace in an unforgettable journey on hand-carved boats from Arendelle’s royal dock.