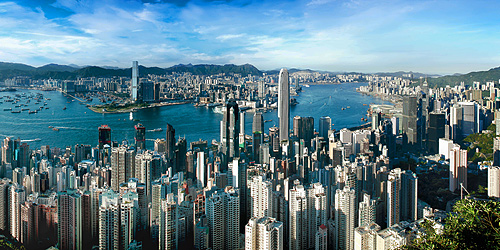 Nine weeks of anti-government protests in Hong Kong are having a significant impact on the region’s tourism.

With protestors frequently clashing with police and rallies having impacted flights at the city's international airport, preliminary figures from the Hong Kong Tourism Board, have shown a "double-digit decline" in the number of visitor arrivals in the second half of July.

A spokesperson advised “the travel trade has reported that the number of forward bookings in August and September has (also) dropped significantly.”

Hong Kong flagship carrier Cathay Pacific said that it was "seeing the impact of local political unrest", with Cathay Pacific Group Chairman, John Slosar advising in a statement “this has led to a significant fall-off in future bookings over the next few months, particularly for inbound travel.”

However, a spokesperson added that the protests would "affect sentiment and retail businesses, but in the longer term will not pose a threat to Hong Kong's economy and global standing as one of the top travel destinations of the world".

In addition, nations including Australia, Singapore, Japan, the USA, United Kingdom and Ireland have issued heightened advisories to their citizens over travelling to one of the world's most visited cities.

The tourism industry is one of the major pillars of Hong Kong's economy, contributing around 5% of the city's GDP.

A large majority of Hong Kong's visitors come from mainland China. In January to June 2019 alone, mainlanders made 27 million visits to the territory.

According to news outlet Radio Free Asia (RFA), a travel agency in Shenzhen said many people in China had recently cancelled their trips to Hong Kong.

Swiss watchmaker Swatch told Reuters news agency that political turbulence had contributed to a "double-digit decline in sales in Hong Kong", one of its most important global markets.

Meanwhile, in the wake of recent mass shootings in the USA, two countries in South America - Venezuela and Uruguay - are warning their citizens about the potential dangers of travel to the United States.