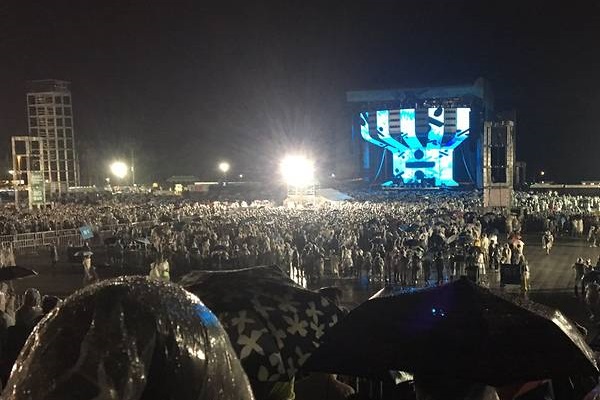 The 28-year-old singer apologised to his fans on Instagram after the show - that was set to be held at Hong Kong Disneyland’s new outdoor venue was cancelled.

Having attracted 20,000 fans to the first concert on Wednesday, (17th April), he advised last night "I'm very very sorry for wasting your time.

“I'm so sorry that people have come out and waited in the rain and got wet and for no show.

"It has nothing to do with me.”

He explained that he and his crew were all set up when they were informed of the lightning storm. They were instructed to wait it out, but the show was later officially cancelled.

Sheeran added that refunds would be given. 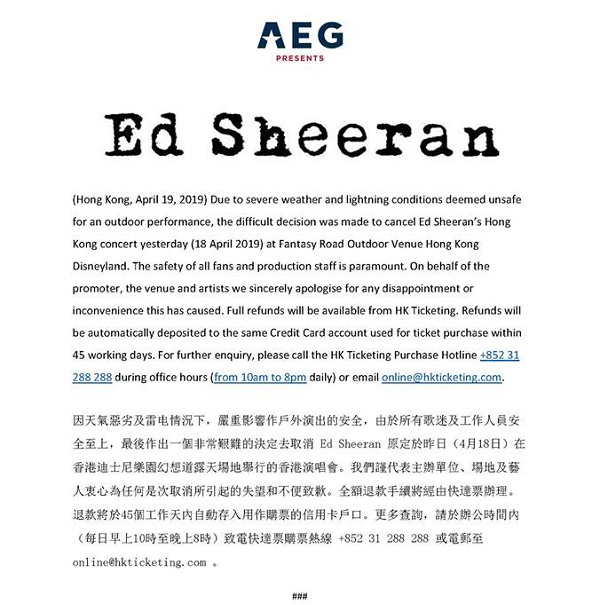 Disgruntled concertgoers took to social media to air their disappointment about the show being cancelled while others reported being stuck in the rain for hours.

"The safety of all fans and production staff is paramount. On behalf of the promoter, the venue and artists we sincerely apologise for any disappointment or inconvenience this has caused. Full refunds will be available from HK Ticketing. Refunds will be automatically deposited to the same Credit Card account used for ticket purchase within 45 working days."

This is the second time Sheeran's concert has been cancelled in Hong Kong. He was forced to cancel a show in Hong Kong in 2017 after a bicycle accident. Attempts to reschedule for April last year were unsuccessful because of "scheduling conflicts and limited venue availability".