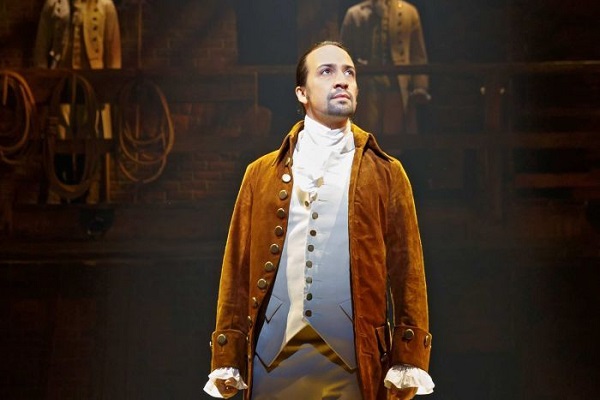 In a further blow to performing arts professionals, Sydney’s Coronavirus lockdown has forced major theatre productions including Hamilton and Come From Away to stand down their casts and crews without pay for the duration.

As reported today by Guardian Australia, while the Hamilton company can access their annual leave, even in advance of its accrual, the performers and crew of Come From Away have already used up their entitlements during three earlier lockdowns: in Melbourne in March 2020 and February 2021, and in Brisbane in March 2021.

Reacting to the news, Live Performance Australia Chief Executive, Evelyn Richardson has reiterated the body’s call for a business interruption fund to cover the performing arts, warning that without support from governments “this will happen again and again”.

Speaking to Guardian Australia, Richardson advised “we’ve been lobbying federal and state governments since early last year for exactly this scenario, so that a producer can get access to insurance underwriting and some kind of reimbursement.”

Without it, large-scale productions and live music tours become an unacceptable risk for producers, Richardson says - adding that despite NSW Government assurances that the issue would be addressed in the wake of the cancellation of Byron Bay’s Bluesfest in 2020, no commitment has been forthcoming.

Richardson commented “there has never been a more urgent time for this. It’s getting harder and harder for producers to have the confidence to keep investing.”

Hamilton’s Producer Michael Cassel is currently in New Zealand, where he has been overseeing the opening of the Auckland production of The Lion King. Cassel’s production company is also behind Harry Potter and the Cursed Child, which resumed performances on 26th June after a four-week hiatus brought about by Melbourne’s recent Covid-19 outbreak.

He said both Hamilton and Harry Potter are governed by an enterprise bargaining agreement, negotiated late last year, which includes a stand down provision, advising “when we are unable to work due to the pandemic and any lockdown implemented by government, everybody is stood down for the term.

“We are helping out and doing the best we can.

“Our salary bill is substantial and there is no way to pay it when the show is not performing. If we didn’t do this, we’d have to close the show altogether.”

While the Federal Government’s Restart Investment to Sustain and Expand (Rise) fund did help a number of shows reopen, Cassel added “it wasn’t a bottomless pit.

“At the time we were applying for Rise funding, none of us knew how much money we might need in the future. JobKeeper helped, but that’s no longer available. It is a traumatic position to be in.”

Come From Away Producer Rodney Rigby said he’s very aware of the financial hardship of a stand down decision, commenting to to Guardian Australia “such action is only taken to protect the longevity of our production and the long-term employment of our company. We have … supported our employees to the best of our capacity and will continue to do so wherever possible.”

Director of Equity at the Media and Entertainment Arts Alliance (MEAA), Michelle Rae, said “Australian arts and entertainment workers continue to be devastated by Covid yet support from the Federal Government is almost non-existent.”

Stating that support for live performance workers should not be reliant on the good will of the employer, Rae added “the Federal Government must step up and support this industry. Even without the continuing lockdowns, many venues are not at full capacity and therefore many arts and entertainment workers are still not earning a living. MEAA is calling on the government to extend vital income support for our industries.”

Hamilton broke all Australian box office records before the show opened in Sydney in March. It is still the only production of the blockbuster Broadway show playing in the world.

Come From Away played to strong houses in Brisbane and Melbourne before opening in Sydney.

10th January 2021 - Opera companies’ options in a time of crisis