With the Federal Government yesterday announcing $135 million in funding for the cultural and creative sector, reports indicate that almost three-quarters of the first $250 million arts rescue package revealed in June has not yet been spent.

Reports suggest that only $65.4 million of the package announced by Australian Prime Minister Scott Morrison and singer Guy Sebastian in the middle of last year has been distributed.

Of the funds, budgeted for the 2020/21 financial year, $50 million has been quarantined for insurance for the film industry, which is yet to make a claim; and an additional $85 million - around a third of the full budget - is yet to be distributed.

Live Performance Australia (LPA), said that with the JobKeeper relief package ending in three days, the $15 billion music and live entertainment industry is facing a significant gap in revenue for the next two quarters due to ongoing COVID-19 restrictions such as venue capacity limits, border uncertainties and barriers to international acts entering Australia.

LPA Chief Executive, Evelyn Richardson was quoted by Guardian Australia as stating the importance of “targeted and temporary (funding) measures for the sector to retain its core skills base as it prepares for full reactivation in Q4 onwards.

“We look forward to working with the government to get this money out the door as quickly as possible.”

The failure to allocate funds was revealed in a Senate estimates hearing on Wednesday that revealed that just $65.4 million. 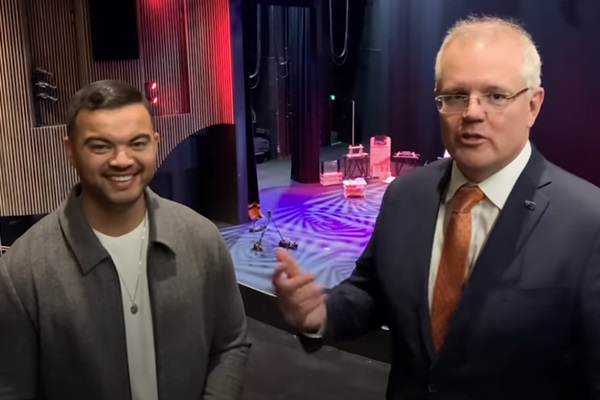 The shortfall in spending prompted Labor’s arts spokesman, Tony Burke, to accuse Prime Minister Morrison of “caring more about the photo-op than the follow up”.

At the present time, one in five workers in the arts and entertainment industry are on JobKeeper.

Following the revelations in Senate estimates, a spokesman for Federal Minister for the Arts, Paul Fletcher told the Guardian Australia that the entire $75 million of the Restart Investment to Sustain and Expand fund (RISE) portion of the $250 million would be fully spent by 30th June 2021.

The spokesperson advised “payments are made when they are needed for successful projects.”

The spokesperson confirmed that only $13 million of the $3 million sustainability fund to prevent companies from going under has gone out, almost a year to the day from when theatres, museums and galleries were ordered to close their doors due to COVID-19.

So far just eight companies have been approved in the bailout, with four organisations sharing grants in excess of $1 million - NIDA ($3.75 million), the Melbourne Symphony Orchestra ($3 million), Sydney’s Museum of Contemporary Art ($2 million) and the Brandenburg Orchestra ($1.14 million).